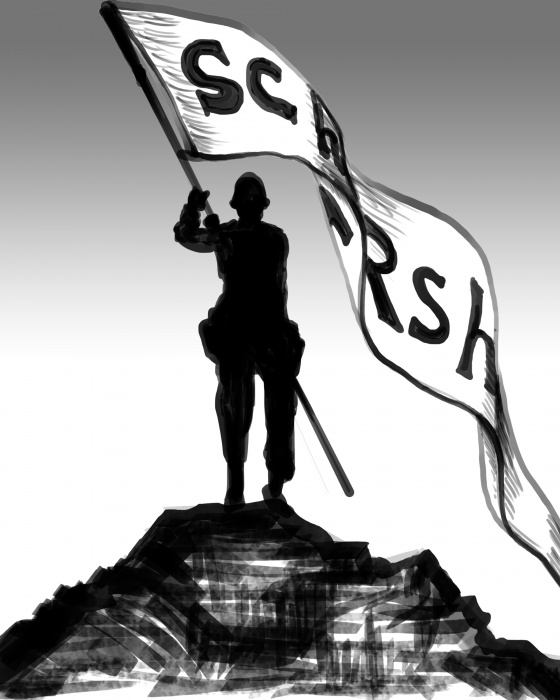 UCSC alumnus Gabe Zimmerman was one of six people killed during the recent shooting in Tucson, Ariz. A social sciences scholarship has been proposed at UC Santa Cruz in honor of Zimmerman and his dedication to social justice.

Zimmerman was a congressional aide to Rep. Gabrielle Giffords (D-Ariz.), who was holding a public forum the day Zimmerman was fatally shot. A gunman opened fire at the crowd gathered in front of a Safeway, critically injuring Giffords and fatally wounding Zimmerman.

“I’m hoping that students that come to UC Santa Cruz like I did, like Gabe did …have the opportunity to learn about what Gabe did, what happened in Tucson, and to be helped out financially,” Klein said.

The scholarship will aid undergraduates in the social sciences. It is intended to provide financial support to politically-minded students working in social justice and public service.

“What I hope that people gain is a better understanding of the time and effort that it takes for somebody to be part of a democratic process,” Klein said. “It’s something people don’t think about on a day-to-day basis. Gabe Zimmerman gave the ultimate sacrifice for democracy, as if he were a soldier in battle.”

If the Gabriel Zimmerman Scholarship Fund reaches endowment, the scholarship will continuously and annually provide financial aid to social sciences students. Between $15,000 and $18,000 has been raised, but $50,000 is needed to endow the scholarship.

Joop Rubens, UCSC associate director of development, handles funding for the school, and is working with donors for the Gabriel Zimmerman Scholarship Fund.

“We’ve had over 250 responses,” Rubens said.“I’m hopeful that by the end of the month I can call Gabe’s parents and tell them that we will able to endow the scholarship.”

One of those responses was from UCSC alumnus Jon Carnero. Carnero now works in New York, but reached out from across the country after hearing about the loss of a former UCSC student.

“To see such violence take place [in Tucson] was jarring,” Carnero said. “That’s when I realized, ‘What can I do?’”

Carnero spoke to his boss about donating to the Zimmerman Scholarship so it can reach endowment. The company agreed to match donations dollar-for-dollar up to $500.

“I would like to see it support students so that they can continue their education with the vision of going into public service and make a positive impact on society,” Carnero said.

Carnero is one of many people responding to the tragedy.

Alex Clemens, another UCSC alumnus, is contributing his marketing contacts to the scholarship’s cause. Clemens is grabbing media attention for the Zimmerman scholarship along with Klein and Rubens, hoping to attract more donations.

“[Gabe] was part of the Global Information Internship Program,” Rubens said. “Any time I meet people here on campus who are very intelligent and very driven and very eager to work around social change, they’re part of this program. They always impress me. It wasn’t a surprise that he was one of these students. Clearly he was a very impressive individual.”

“In terms of it affecting campus life, I think if this scholarship can show that something so tragic can turn into something that gives us hope for many, many years to come if we can endow it — then that’s amazing,” Rubens said. “You guys should be proud that you go to a school that Gabe graduated from, that people like Jonathan and Alex graduated from. I mean, you guys are them.”