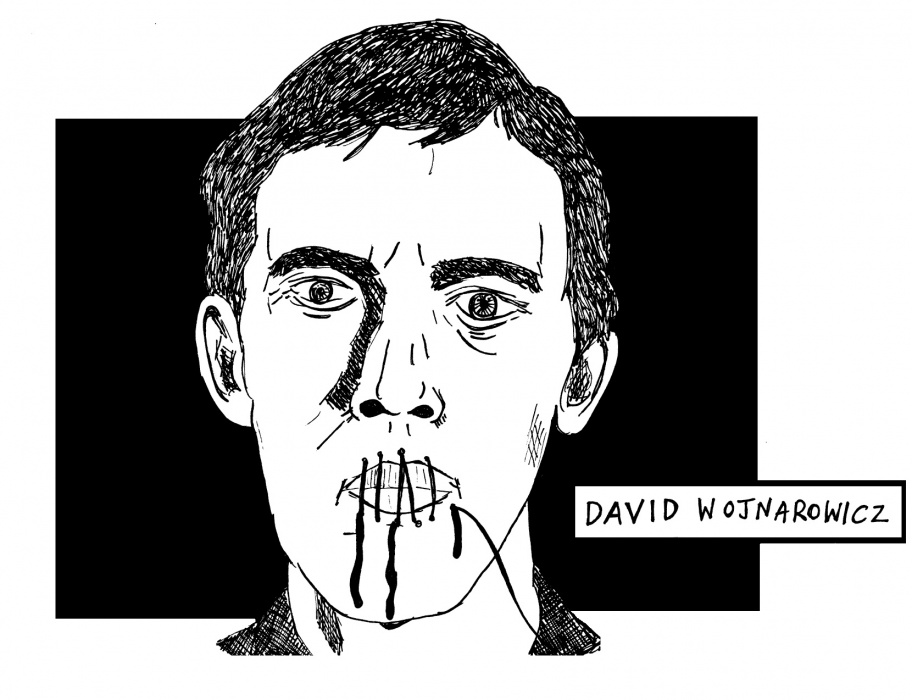 Land of the Censored, Home of the Constrained

Censorship is never acceptable. It makes for an uninformed and ignorant public, easy for those in power to deceive and manipulate. But censorship used specifically to divide and distract a nation is especially toxic. And that’s the type of censorship that’s happening right now in our nation’s capital.

On Dec. 2 of last year, a memo was leaked revealing that G. Wayne Clough, secretary of the Smithsonian Institution, had chosen to remove a video called “A Fire in My Belly” by artist David Wojnarowicz from the museum.

Clough’s decision came after many religious groups and conservative politicians called for its removal. The video, which was part of an exhibit about the gay and lesbian experience in the 1980s and ’90s called “Hide/Seek,” featured graphic images, including one of a crucifix covered in ants.

“Absolutely, we should look at [the Smithsonian’s] funds,” said Kingston, who is a member of the House Appropriations Committee. “If they’ve got money to squander like this — of a crucifix being eaten by ants, of Ellen DeGeneres grabbing her breasts, men in chains, naked brothers kissing — then I think we should look at their budget.”

It was this sort of threat — the possibility of losing funds — that drove Clough to remove the video. He saw it as a compromise, taking down one controversial piece so the entire museum could still exist.

However, letting politicians push him around was the worst thing Clough could have done in the interest of publicly funded art.

It’s obvious to anyone who isn’t living under a rock that the country is in serious financial trouble, and cuts to the Smithsonian at a time like this might be understandable. But letting the threat of those cuts dictate the content of the museum is a grave mistake. The state of the economy should be used as a reminder to be responsible, not an excuse for allowing discrimination in taxpayer-supported institutions.

And what’s more is that politicians like Kingston did not even bother to learn what “A Fire in My Belly” really meant. The crucifixion was not meant as an affront on religion but as a symbol. The plight of people with AIDS was alluded to with the cross, which is a well-known symbol of strength in suffering.

Targeting a work of art with queer and AIDS-related themes smacks of the culture wars of the 1980s and ’90s. During this time, politicians used wedge issues and scare tactics as a way of dividing people and driving them to the polls.

The Reagan administration was painfully hesitant to acknowledge the AIDS crisis when it first surfaced in the ’80s. That the government is still using its influence to suppress rather than spread information and ideas is a sobering reminder that we as a country are not as evolved as we may think we are.

Republicans know that the Smithsonian will continue to receive some amount of funding and that it was entirely legal to have an exhibit with supposedly controversial themes. They just use the fear of the other as a way to get votes and as a way to distract the American public from the general ineffectiveness they have in Washington. These politicians aren’t brave soldiers, journeying off into culture wars on behalf of their frightened constituents. They’re a mess of bumbling Don Quixotes, engaging in outrageous political theater for personal gain.

Art is often seen as dispensable. Art programs are being cut from public schools across the country. But the truth is that it is as important to a society as books. Art is a way of expressing new ideas and actively opposing the status quo, and key struggles and concepts are often brought up in the art world before they become part of the mainstream. Losing public support for certain types of art is as serious as when people try to ban specific books in libraries.

Clough will face artists later this month in an attempt to make amends. Hopefully the conference will end in restoration of the video in the museum and the restoration of public faith in the Smithsonian.

We as students stress the importance of opposing censorship of all kinds. Write your congresspeople, start a dialogue about the importance of publicly funded art, or even make your own art with that theme in mind. Don’t be a casualty in the latest culture war.