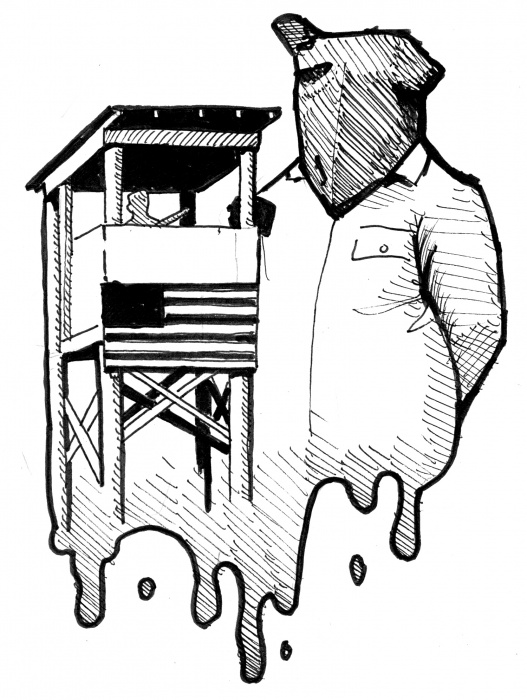 Revealing Faces in the Crowd

In Guantánamo, prisoners are held without trial. There aren’t any juries, or any systems of due process or rights. Prisoners can be held indefinitely.

Over 700 documents detailing these prisoners at Guantánamo Bay were made available to The New York Times earlier this week, including prisoner demographics, Al Qaeda and Taliban allegiances, and the personal conclusions of interrogators.

Released by the uncensored web giant WikiLeaks, the documents do not keep record of any interrogating techniques. Instead, they list what the prisoners held in their pockets, illnesses they sustained, infractions incurred and areas where interrogators could still push for more information.

The files have been covered by many major news outlets in the past week besides the Times — NPR, The Telegraph, The Washington Post, and The Los Angeles Times, to name a few — and this is a good thing.

By publishing and republishing these documents for citizens to see, major news organizations and WikiLeaks are providing a necessary service. In this political climate of fear and hard-cut party divisions, we cannot afford to simply categorize a group of people as “terrorists,” and releasing and writing about these documents puts a face on the detainees at Guantánamo Bay.

President Barack Obama once pledged in his campaign to close Guantánamo Bay, and to ban all torture techniques used there. Although the current administration claims that torture’s out of the picture, Guantánamo remains.

It’s easy to label prisoners at Guantánamo Bay as war criminals, and we hope that people are sent there for a reason. However, Rudyard Kipling once wrote, “All nice people, like Us, are We, and everyone else is They,” and if we don’t identify these prisoners as people, as human beings, then we get stuck in a “we” versus “they” mentality.

All too often, governments will demonize or dehumanize perceived threats, and we can’t afford to do that, because these prisoners are human beings and they should be treated as such.

And while there is a very real risk that some of the prisoners in Guantánamo are potentially dangerous and could be a real threat to national security, we have to keep our humanity and not succumb to fear-mongering.

Critics of WikiLeaks have asserted these documents can be extremely dangerous, and that’s true. But the people of the United States have a right to know what their elected government is really up to, and if organizations like The New York Times can continue to analyze these documents, then the public can see the victims of our country’s unjust actions.

Guantánamo Bay is a symbol of the former Bush administration’s tactics in the War on Terror. It’s a symbol of the fear that part of America still holds in international politics, and it’s good that with these documents, we can finally put a face on those who are held there.