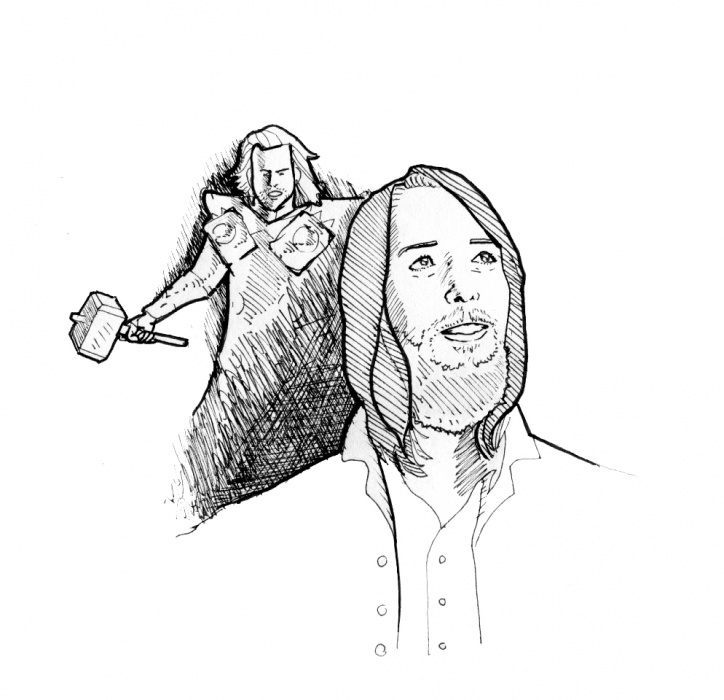 The Fleet Foxes are enjoyable on such a basic level. Their music is like a picnic on a lush field during a sunny day. It’s like taking Prozac and going to the aquarium. Lighthearted but ambitious, full-bodied melodies rise out of their instruments and gently caress your ears and mind. Their most recent release, “Helplessness Blues,” mirrors the beauty and wonder of their 2008 self-titled album and their “Sun Giant” EP from the same year, delivering everything their fans have come to know and love while still managing to include a few new surprises.

The monotonous optimism of the Fleet Foxes’ early efforts has disappeared, now replaced with an ever-so-slightly darker

worldview. The band has become more honest and inquisitive on this album, openly exploring concepts like age and death. But this change just serves to highlight the Fleet Foxes’ considerable talent, as they tackle the complexity of the subject material with wisdom and thoughtful contemplation. On the record’s second track, “Bedouin Dress,” the band muses, “If to borrow is to take and not return, I have borrowed all my lonesome life… The borrower’s debt is the only regret of my youth.”

In a way, the album divides itself in half, with all its questions and concerns answered through the sixth song and title track, “Helplessness Blues.” After closely examining their role and place in the world through songs like “Lorelai” and “Battery Kinzie,” the band declares on the title track, “I don’t know who to believe. I’ll get back to you someday soon, you will see,” before finally settling on a direction to follow and a dream to pursue. However, despite this triumphant conclusion, the album is at its best during its darkest songs.

Instant classics like the album opener “Montezuma” and the sprawling epic “The Shrine/An Argument” are hardly heartwarming, but by wrapping vivid descriptions in ambitious harmonies, the Fleet Foxes have successfully presented their topical range. On “Montezuma,” as the rest of the band hums in the background, lead singer Robin Pecknold displays his considerable vocal talent, belting, “Gold teeth and gold jewelry, every piece of your dowry. Throw them into the tomb with me.” Lines like these add a sense of mystery — and thus a welcome complexity ­— to “Helplessness Blues.”

At times, it is easy to compare the Fleet Foxes to Simon and Garfunkel or the Local Natives, but these comparisons can just as easily be dismissed. The Fleet Foxes, while occasionally employing a derivative sound, have again produced a unique and inspiring record. If you liked their previous releases, you’ll like “Helplessness Blues.”

Barring the gritty “Dark Knight” approach, comic book adaptations should be all balls and bluster, jumping from sex to explosions to comic relief. The good ones accomplish this, as a viewing of “Iron Man” proves, but “Thor” fails to deliver the goods — pun intended. The film makes obvious attempts to seem sexy, but never really succeeds, and considering “Thor” stars Chris Hemsworth as the title character and Natalie Portman as Thor’s love interest, Jane Foster, this is quite the damning fault.

Despite Hemsworth’s decent performance, Thor fails to become a likable character. The movie attempts to portray a tale of redemption, but after a moment of critical analysis it’s obvious that the main character is actually pretty douche-y. A race of individuals referred to as “Frost Giants” supposedly provides us the antagonists of the story, but how do we know the Frost Giants are evil? Well they’re ugly and kind of growl when they speak, but past those physical characteristics, “Thor” doesn’t really delve into the specifics. During one portion of the movie, after the Frost Giants attempt to reclaim a stolen artifact, Thor breaks a tenuous peace treaty by callously murdering a handful of Frost Giants and one ugly but lovable Frost Dog. Some hero.

Granted, Thor is banished from his homeland of Asgard for his actions, but that doesn’t seem to be much of a punishment, considering he promptly falls into the arms of Natalie Portman. The two have excellent chemistry, and the film doesn’t waste Portman’s acting talents, but it’s a bit unbelievable that viewers are supposed to accept Thor and Jane’s connection when the two characters share only a few minutes of screen time. Early on, the film indicates that it will progress the romance, but the time never came. Thor never seals the deal. Why under-utilize such attractive leads? This isn’t a Disney movie. It’s a Marvel Comics blockbuster.

Sadly, the action fails to distract from these pressing concerns. This isn’t necessarily the film’s fault, but the 3D was so poorly incorporated that it’s different happening onscreen every time the fighting began. Candy-colored blurs streaked by without leaving any real evidence of what was happening.

The good news about “Thor” is that it makes a great date movie. As the inevitable 3D-induced headache distracts you from the film, and after the poor picture quality causes you to give up on following the plot, all you’ll have left to do is piss off your fellow moviegoers and have a nice conversation with your romantic companion.