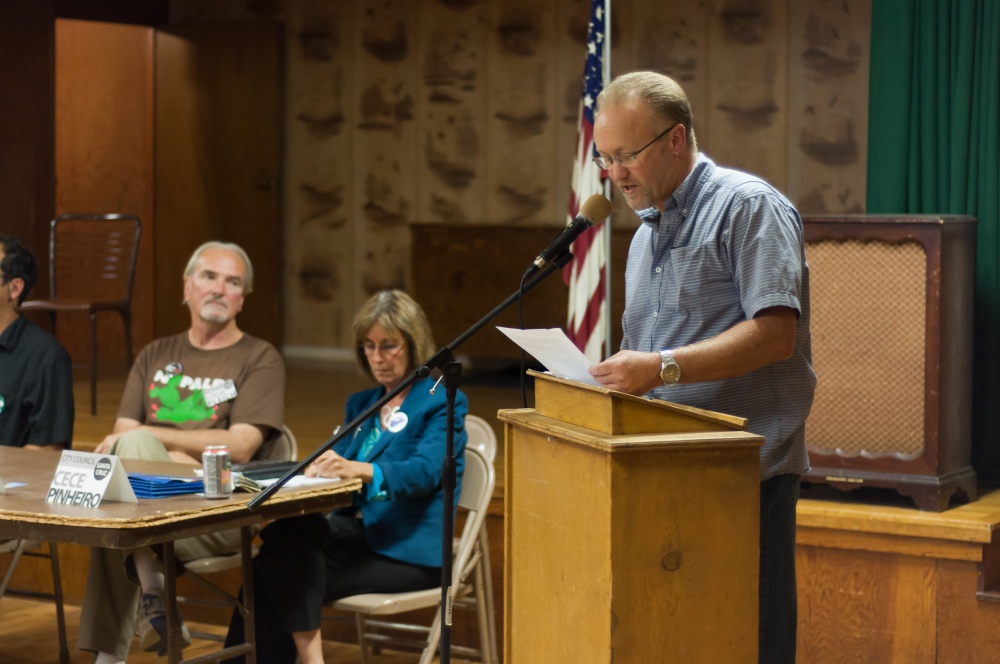 The Freedom Forum of Santa Cruz, a non-partisan volunteer group, hosted a “Meet the Candidates” forum, presenting both city council candidates and school board candidates two Wednesdays ago.

The city council candidates discussed desalination, plans to stimulate the Santa Cruz economy and several questions presented by the audience during the Q&A portion of the event. School board candidates spoke briefly about their platforms on education.

“We certainly have a water problem, but I don’t know if desalination is a solution for that,” Pinheiro said.

Until the release of the Environmental Impact Report reveals the potential effects of desalination, none of these candidates think desalination is a good option for water reclamation.

Concerns about the potential restructuring of Pacific Avenue were raised by audience members during the Q&A portion of the forum.

Pleich was in favor of transforming Pacific Avenue into a car-free downtown pedestrian mall, for neighborhood residents and tourists to enjoy. He said this transformation would increase retail sales and generate a buzz for tourism.

Pinheiro said it would be impossible to have a two-way street because there would be no way for it to be in complaince with the Americans with Disabilites Act and have a bike lane. She suggests having a one-way street going toward the ocean.

Posner gave no direct answer, and said that the community will have the final decision on the matter.

“It’s up to all the people in Santa Cruz to decide which direction Pacific Avenue needs to take in its reconstruction,” Posner said.

The election of four council members will be held on Tuesday Nov. 6. Polls will be open from