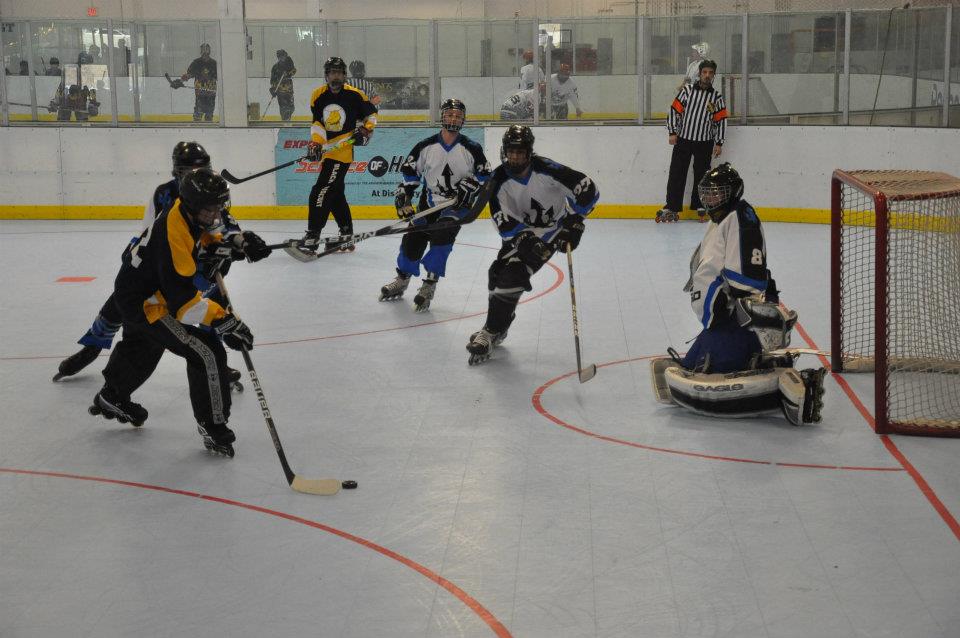 Despite being the last team to qualify in the upcoming Western Collegiate Roller Hockey League Regional Championship, the UC Santa Cruz’s men’s roller hockey club is confident. With players healed up and ready to go, the club is at full strength.

Men’s roller hockey has had a rocky season because of an injury to senior Erik Steggall and a general lack of cohesiveness, said club captain John Hart. As a result, the club has a 7-7-2 record, just enough to be seeded sixth in the Western Collegiate Roller Hockey League’s Division II.

“We don’t have time to practice and it makes us make errors,” Hart said. “We all have different styles of play and there are miscommunications sometimes … The defense will advance to score but no one will come back on to cover them. That’s been a problem this year.”

Hart said he thinks the club will click when playoffs come.

Despite what Hart calls a disappointing season, the club has complete faith in their ability to be competitive in regionals for the weekend of March 2–4. With a full strength squad, Hart expects UCSC hockey to be more difficult to play than their win-loss record indicates.

UC Santa Cruz men’s roller hockey is a club registered through Stevenson College and not the UCSC club sports program. Hart proposed to UCSC sports club supervisor Kevin “Skippy” Givens for the team to become an official club sport through the UCSC Sports Club program, but was declined due to budgetary reasons.

“They stated a good case, well-organized,” Givens said. “The things I look for are: Do they take ownership of what their responsibilities are? If they were to become a sports club, we need to guard against them adding significant additional workload to me and to the staff. They have a good track record. I know that they’re highly competitive. They’ve tried to compete for a national championship. I’ve nothing but good things to say about them.”

Despite the fact that the Sports Club program was unable to lend its support and funds, Hart said that coordinator for residential education Stan Prather from Stevenson College has helped the club immensely in being sponsored by Stevenson College. Prather even drove the team to nationals in Utah in 2012.

With this level of support from Prather and with talented players who have played roller hockey for years, the hockey team has had some successful seasons — last year especially for captain John Hart.

“[It] was the third year we had all been playing together,” Hart said. “Seven out of ten of the players had been playing for us for three straight years.”

In 2011, the club went to nationals in Wisconsin, but the club’s current record does not exemplify that former competitiveness.

The team hopes to restore the winning culture of previous years with training, practice and some hard work in the playoff games. Captain John  Hart has scheduled the team for some “dry land training” and training in their blades to give them extra edge.

“We’re getting back into the swing of things,” said junior member Jake Hennings. “Our first game for the season against Chico, we lost 7-1. They’re going to come in feeling pretty confident but I like our chances. I’m really not nervous about any team that we might be playing.”

The Western Collegiate Roller Hockey League Regional Championship will be held on March 2 in Corona, Calif