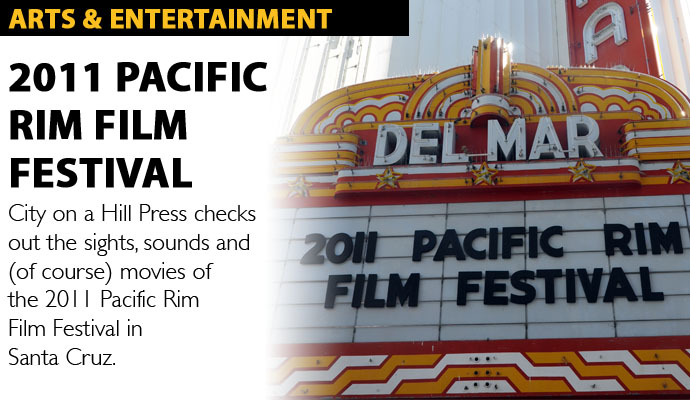 City on a Hill Press, October 27, 2011 2 min read 286
We are all familiar with the theme of triumphing in difficult times. “Shodo Girls” touches on this rather cliché topic, but with unique characters and presenting the unfamiliar topic of calligraphy to Americans, the comedy wins the approval of many viewers.Directed by Ryuichi Inomata, “Shodo Girls” tells the story of a group of high school students who belong to their school’s calligraphy club. The Japanese calligraphy club has always been a formal and traditional practice. However, once a substitute teacher becomes the head advisor of the club, he brings a new, strange twist to the club: incorporating pop music and dancing into calligraphy.

Although the students first resist this new approach to calligraphy, they enter the “Shodo Girls Koshien” competition where they must draw colorful calligraphy on huge banners while dancing to music. Throughout the film, we watch the students prepare for the event while facing their own issues at home and with the poverty in their small town.

The film contains a lot of ups and downs, staying tuned into the impending competition while also understanding the reality of living in an economically depressed Shikoku town.

To most Americans, handwriting is not generally a work of art. In “Shodo Girls,” the delicate beauty of Japanese calligraphy and the surrounding culture is well expressed.

The girls on the team bring joy and laughter to the film with their vibrant personalities. Talented actress Riko Narumi, who stars as Satoko, completes the film as we watch her transform from a stern, focused-on-the-prize student to a lovable team captain and player.

“Shodo Girls” is predictable at times, but its strong representation of a greatly overlooked art culture and strong character development make it a prize contender.