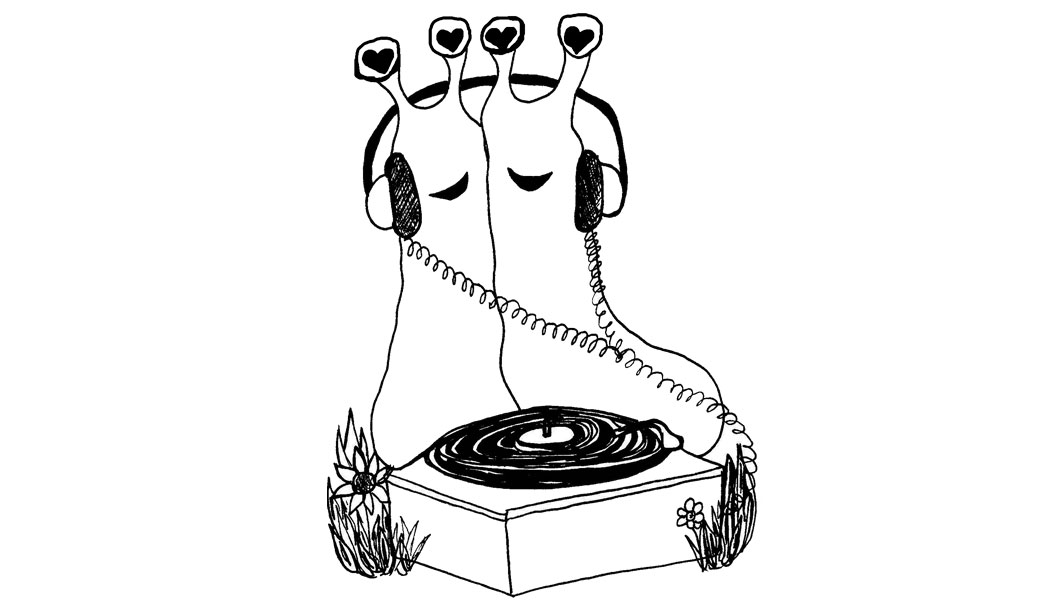 Kendrick’s album “Good Kid, m.A.A.d City” received seven Grammy nominations this past year. While Macklemore walked away with four of the awards they were both nominated for, including Best Rap Album, Kendrick gave arguably the best performance that night with band Imagine Dragons, proving why, as a rapper, he is indeed this decade’s game changer of hip-hop and rap albums. This song is an instant classic, along with the rest of the album.

“You’re the One that I Want” from “Grease”

Some days you might feel like bursting out in song in the middle of campus — well, this is what you should sing, especially if you can get your significant other to duet with you. A nostalgic trip from the ’70s, this song will you give you chills. It’s a great way to tell someone they need to shape up, because you need a man.

The song for when you and your significant other just want to fall asleep in Paris, wake up in Tokyo, have a dream in New Orleans or fall in love in Chicago. Lupe Fiasco’s clever rhymes make for a cool listen and it’s difficult to just play once.

“Friday I’m in Love” by The Cure

“Let’s Get Together” by Angicourt

“Love and Happiness” by Al Green

“You’re My Best Friend” by Queen

LET’S GET IT ON

Your mind is telling you no, but your body is telling you yes, and when that love is true, play this hit from 1994. When released, this song became a #1 single on the U.S. Billboard Hot 100 and spent 12 weeks at #1 on the Hot R&B Songs chart, becoming the longest-running #1 U.S. R&B single at the time.

The Beatles tend to be known for lyrics that beat around the bush. This song defies that stereotype. What better way to clue a loved one in on your deepest desires than to include this song on your date night playlist? Hopefully they’ll get the message. (Extra points for playing it on vinyl).

“All of Me” by John Legend

John Legend’s voice and piano playing is enough to get the mood going this Valentine’s Day. This slow and sensual ballad about loving everything about someone will add a romantic touch to your night. Also, if you don’t know what to write in your Valentine’s Day card, just write down this song — it’s bound to do the trick.

“Outside” by The Weeknd

Known as the modern-day Keith Sweat, Abel Tesfaye and his vocals will have you feeling some type of way during a night in. Although his whole discography makes you swoon, this song’s lyrics will make you consider spending the long weekend indoors.

“Doin’ it Right” by Daft Punk

“Sure Thing” by Miguel

“Love Her Madly” by The Doors

“Dance for You” by Beyonce

“Basic Space” by The xx

“IT DIDN’T WORK OUT”

Breaking up is hard to do, but it’s better when it isn’t your fault. Sara just wants to hear an apology. From her 2007 hit “Love Song,” Sara has shown her spunky side and she doesn’t let anyone push her around.

“The Break Up Song” by Wale

Played to a background inspired by “500 Days of Summer,” the video tells the story of boy meets girl, with the warning: “This is not a love story.” If you love someone who can’t be yours, Wale feels you — just listen to this song.

“Lies” by The Swell Season

Featuring fragile strumming, tumbling drums and whispered vocals, “Youth” portrays the desolation caused by a broken relationship. At the track’s end, vocalist Elena Tonra caustically sighs, “If you’re in love then you are the lucky one, because most of us are bitter over someone.” Bitter indeed.

“The Next Time You Say Forever” by Neko Case

Neko Case knows heartbreak well. Switching flawlessly from a delicate whisper to a full-throated croon with absolute deftness, the crimson-haired songstress recalls the difficulty of calling it quits as she wryly exclaims, “The next time you say forever I will punch you in the face.” Watch out, ex-lovers.

“Bear” by The Antlers

From “Sweet Life” or “Pilot Jones,” to “Forrest Gump,” this album has everything for any occasion. “Channel Orange” was nominated for Album of the Year and won Best Urban Contemporary Album at last year’s Grammy Awards. He’s come to be one of the best singer-songwriters of this generation, along with his charm and bravery that comes through every line. This album is for whatever and whenever, whether you plan on going out with a significant other or enjoying time alone.

“There She Goes” by The La’s

Although describing the woes of unrequited love, The La’s provide an upbeat look at a one-sided romance. Framed by jangly guitars and a steady beat, frontman Lee Mavers hums cheerfully, “There she goes again, and I just can’t contain this feelin’ that remains.”

“Sorrow” by The National

Opening with the soft patter of high-hat cymbals matched by tenderly strummed guitars, “Sorrow” captures the dreariness of unrequited love. Matt Berninger’s velvety baritone vocals exude despondency as he gently croons “I don’t want to get over you,” a staple sentiment of potential romance.

“Love Song” by The Cure

“You and Me” by Dave Matthews Band

“Dancing with Myself” by Billy Idol

“Sex Tourists” by The French Kicks