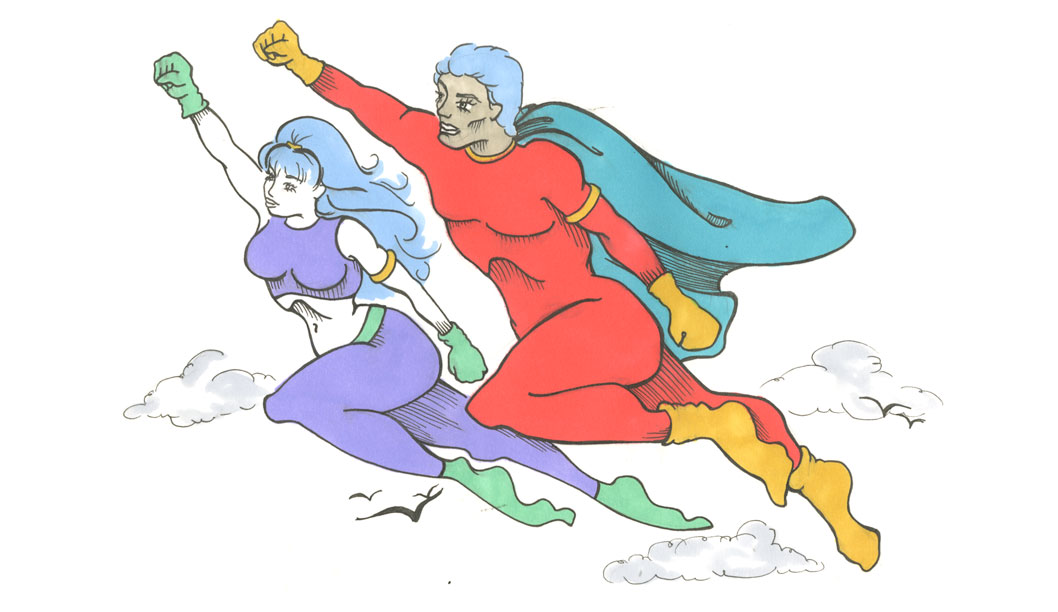 Not So Dorky After All

I have spent my entire life wearing superhero t-shirts and spending a few days each summer at the geek capital of the world, Comic-Con. At this convention, I spend hours listening to writers discuss future stories and comb through aisles of exhibitors for my much-needed back-issues. Eventually, my fascination with superheroes and the world of comic books turned into an obsession. People laughed and called me childish because all I could think and talk about each Wednesday was the day’s new releases of comics.

Imagine flying through the sky, smashing through asteroids or breathing underwater, swimming deep down with giant squids, and now laugh at me again. Who wouldn’t want to have super powers, saving the world or occasionally flying to work instead of having to deal with rush-hour traffic? Even heroes without powers, like Batman or Iron Man, are super geniuses who can get out of problems using their incredibly quick wit. No college student would refuse being granted hyper-intelligence — imagine how much free time we’d all have if homework and studying became easy matters.

Superheroes have enchanted youth for more than 75 years, and now dominate adult mediums of entertainment through billion dollar movie franchises. Superheroes have arguably become a new form of modern mythology. These stories present characters with deity-like powers interacting with mere mortals and protecting those who can’t protect themselves. It’s what these heroes choose to do with these incredible powers or gifts that make them more than simple pop icons — they are symbols of virtue and goodness.

A young Bruce Wayne could do nothing as his parents were gunned-down before his eyes. Bruce turned his anger into a mission about something much bigger than himself. Becoming the living embodiment of justice, he vowed to strike fear into the hearts of criminals and to protect the helpless as Batman. After the world took so much away from him, he still vowed to protect it and do good despite his anger. Batman teaches people to overcome, to swallow the pain that holds us back and pave a new path forward.

The Green Lantern’s abilities come from a small ring that runs on the user’s willpower. The ring is powerless if a member is afraid, shaking his confidence and will to face an enemy. Hal Jordan, a Green Lantern from Earth, saw his father die in an Air Force drill gone wrong. Instead of allowing fear to cripple his ambitions, he grew up and became an Air Force pilot, where he relived and faced his greatest fear each day. Fear is inevitable, and even powerful heroes feel it in their bones as they charge into battle. But Green Lanterns show that while it’s normal to feel fear, it’s unacceptable to allow it to leave us incapacitated. We must overcome our fear and move through fear, instead of allowing it to impede our progress forward in life.

Superheroes serve as beacons of good who people can root for against incalculable odds. They show us how we should strive to act in our day-to-day lives. Sure, a regular person can’t fly and save the world from flaming asteroids, but if enough people stand up to help the world, momentous changes can happen.