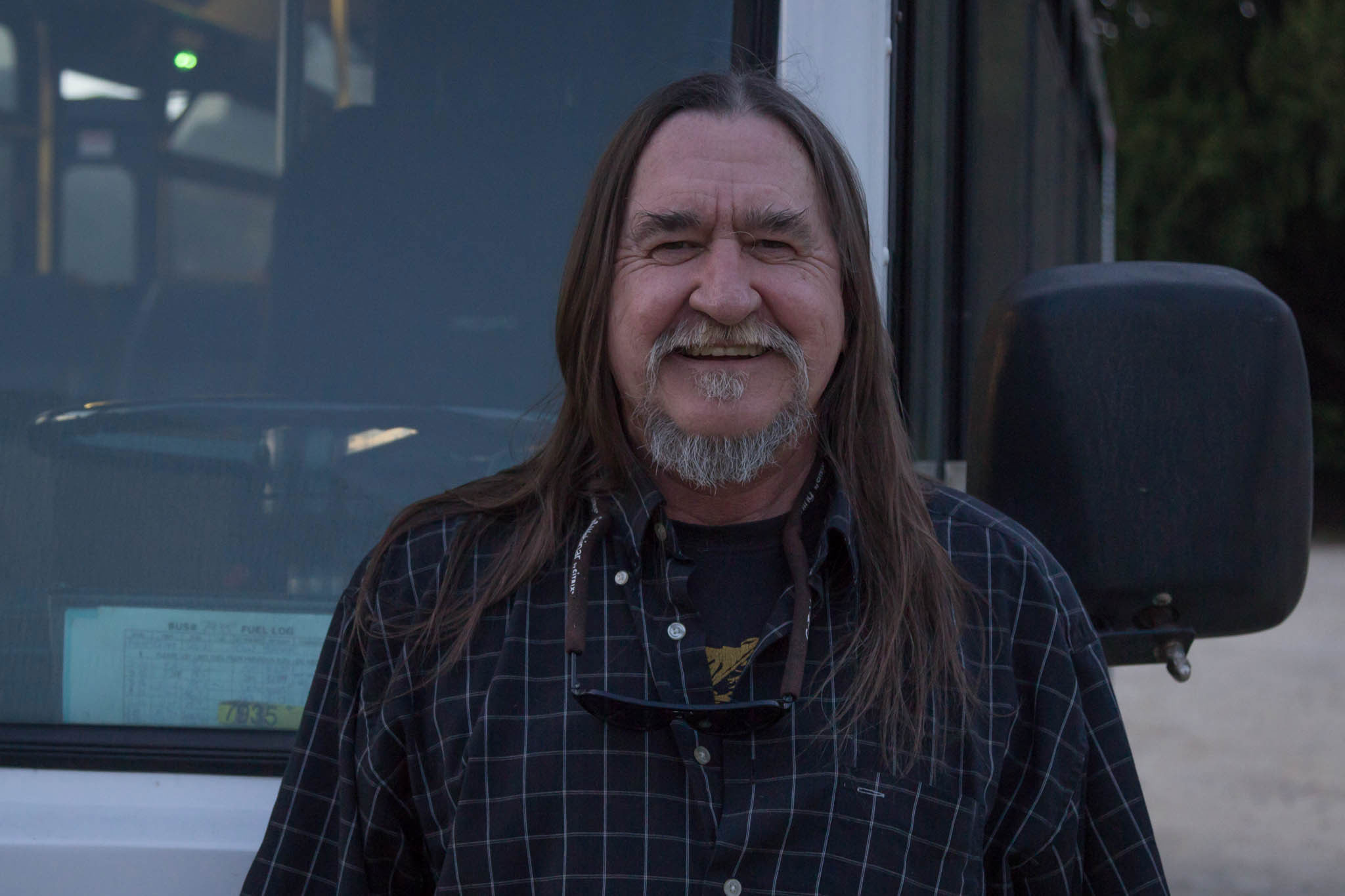 ‘Ride Aboard the Peace Train’

After his shift driving the loop bus for five hours and the Night Owl for two, Ken Keegan isn’t in a rush to get home — he still has a very sincere question to ask his supervisor every morning at 2 or 3 a.m.

“Do you want me to wait, or help with anything until you’re done so I can walk you to your car?” he would ask his supervisor of nearly four years, Shona Harper, as she worked to complete the last details of the night, like checking the buses or mapping the yard. By that time in the morning, Harper was the only person on duty in the area by the farm, and while she didn’t always accept Keegan’s offer, she always appreciated it.

“It was really something,” Harper said. “Everyone at the university is overworked, all the staff, all the professors, all the students, all of us. That’s why it meant so much to me that every night Ken would offer to wait. Every night he demonstrated this care and would take time out of his life to ask me what I needed.”

Be it conversation about art, music, baseball, student protests or UC Santa Cruz history, for the last 12 years working at UCSC, a ride on Keegan’s bus is never a quiet one.

Although he’ll no longer be behind the wheel of a 32-foot dusty white bus with upholstery that a Slug would recognize anywhere, he’ll still be around after his last day on the job next week. He’ll make his visits to campus because he still has a relationship with his favorite part of his job — the people.

“This is my social life,” Keegan said. “I come up here and it’s like seeing all my pals.”

Since his days as a UCSC student in the mid-1980s, Keegan has talked shop with colleagues and students about all of his hobbies and interests while riding those same winding and picturesque Santa Cruz roads over and over as a Loop and Night Owl driver. Luckily, he has a lot of stories to tell.

“It’s so easy to drive that vehicle and not get to know anybody,” Harper said. “It’s very easy to just do your job, and listen to your music and drive your routes and not take the time to know people. And that’s the part about Ken that is different.”

Third-year Shant Cancik is a part of one of Keegan’s group of pals — the “Cowell Five,” a group of students who frequent his “peace train.” Cancik met Keegan his freshman year when he would take the Night Owl home after his closing shift at Wingstop.

“It would start off with just a head nod and a smile to a familiar face but eventually we began to talk,” Cancik said. “His personality was just too friendly and lively not to. Those miserable trips home at 1 a.m. became some of my favorite moments of the year.”

The Cowell Five — Cancik and his roommates — soon became a staple on Keegan’s bus. They would sprint to catch up with his bus if they saw him passing by during the day or schedule their trips to 7-Eleven around his night schedule.

“The words ‘does Ken work today?’ was probably the most common phrase spoken in my sophomore year dorm room,” Cancik said.

When Cancik had his motorcycle stolen this year, Keegan asked for the license plate number so he could look for it on his routes. During a stressful finals week last year, Cancik hopped on Keegan’s bus to find out he was handing out a bottle of bubbles to every passenger. Keegan gave the Cowell Five a coloring book full of his hand-drawn black and white sketches, and Cancik and his friends colored every page of it.

“I’ll never be able to perfectly explain how much his friendship, life experience and advice has meant to my roommates and me,” Cancik said. “My biggest regret is not getting the chance to properly say goodbye before I left for study abroad and wish him a happy retirement. He deserves it more than anyone.”

Keegan, a New York native, packed his bags and threw on his Mets jacket to move to San Diego in 1976, and seven years later he would drive up the coast to begin life as a student at UCSC. Already inspired by people watching and scenery as subjects for his artwork before moving to Santa Cruz, Keegan’s passion for his craft amplified as a student.

Now 62 years old, and with enough money saved up for rent and food, Keegan can go back to his Kresge roots and focus on his art. He started as a triple major in art, environmental studies and creative writing before the 30-year-old undergrad decided he was too old to spend extra time at the university for multiple degrees, and settled on art.

He still remembers watching students carving stern faces into a fallen log that is now the Porter Tiki. He remembers the Porter Squiggle as the “Flying IUD.” He remembers painting students’ faces on “Kresge Day,” a celebration before 4/20 or First Rain became traditions on campus.

After graduating from UCSC, Keegan once again switched coasts to briefly attend art school at Bard College in New York. It’s not that Keegan couldn’t make up his mind, but he knew there was somewhere he could merge all his interests — even after he found his place at UCSC as a student, he found it again five years later as a campus bus driver.

“I’ve never had a job for more than three years before this. That tells you how much I like this job,”

No “thank you” on Keegan’s bus goes unanswered. While most drivers get hundreds of the familiar two-word appreciative remark every day, Keegan can barely drive one stop without waving or chatting to friends walking on the street or onto his loop bus. In between the usual hustle and bustle of students getting around campus, or the music from the pink USB cord blasting Van Morrison, the Beatles or the Beach Boys, Keegan doesn’t forget the people he works with and his daily interactions.

A Word From Ken Keegan: 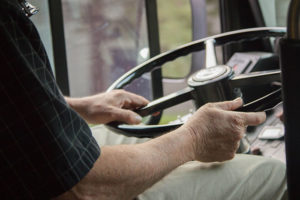 “For the past 12 years, I’ve had the good fortune and joy to be a UCSC bus driver. I retire April 17 and just wanted to thank the UCSC Slug community for all their/your smiles, laughter, conversations and friendly banter while riding on the buses I drove. I especially want to thank the Night Owl passengers for being so much fun and for not puking on my bus. Be well, continue being the best, the brightest and kindest folks I know. Much grooviness at you all.”