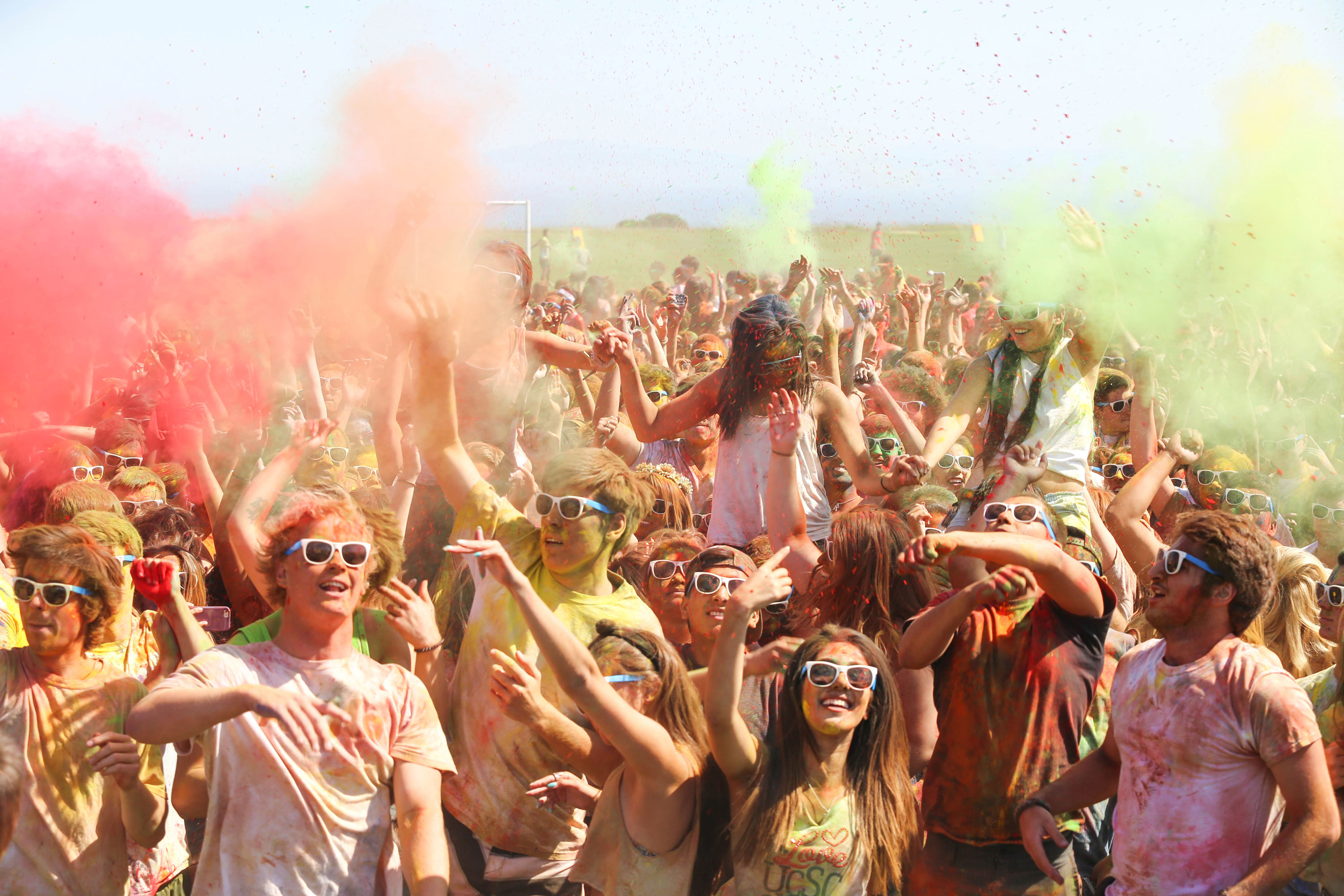 Thousands Gather for Festival of Colors 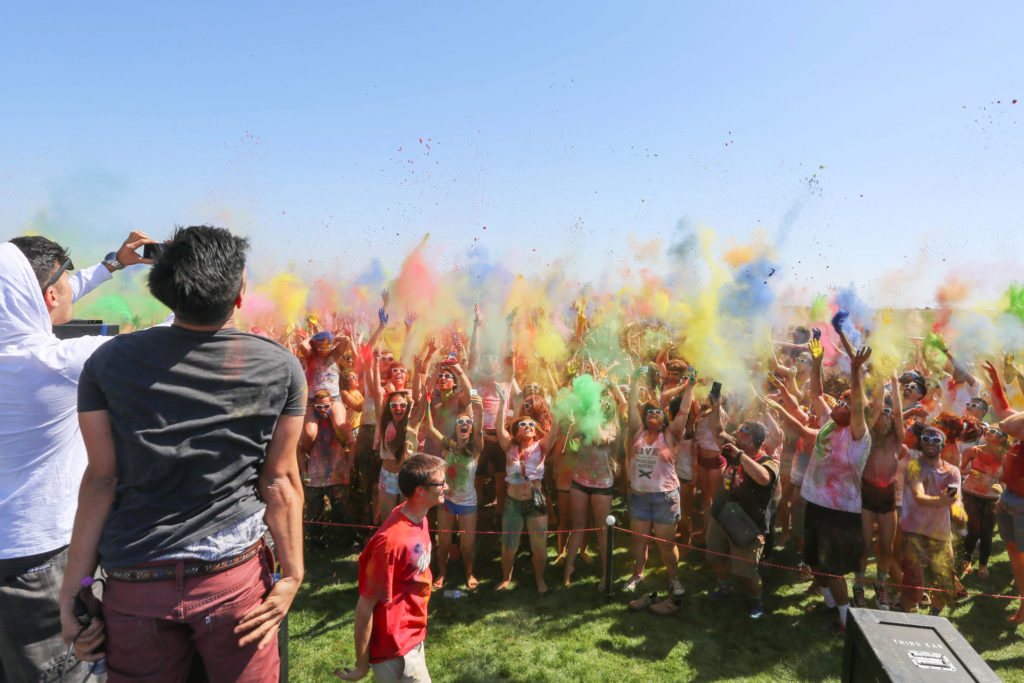 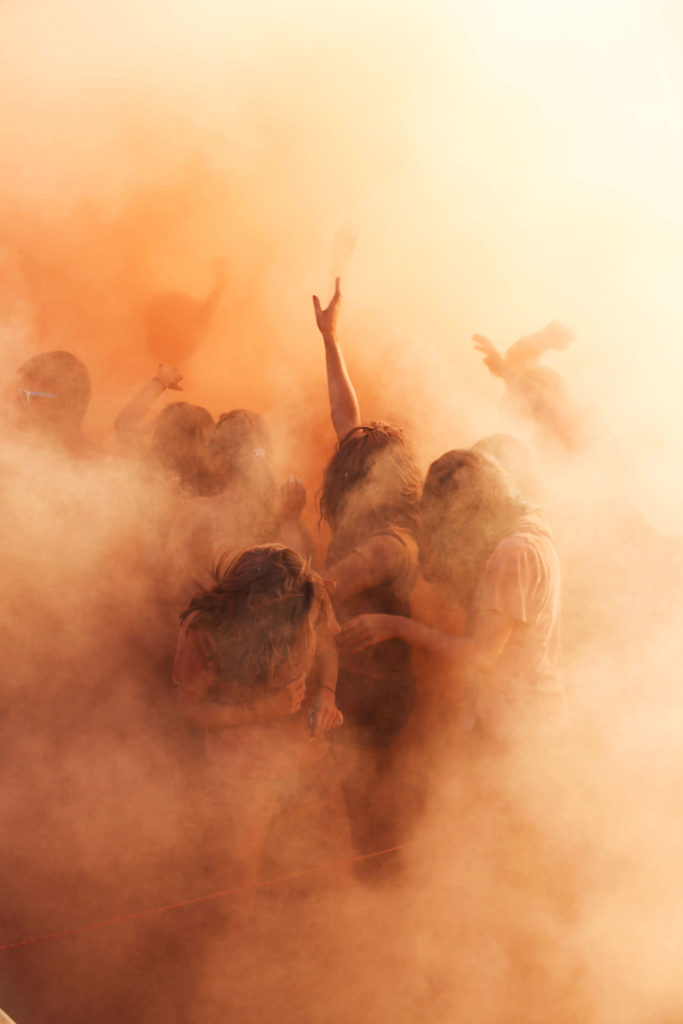 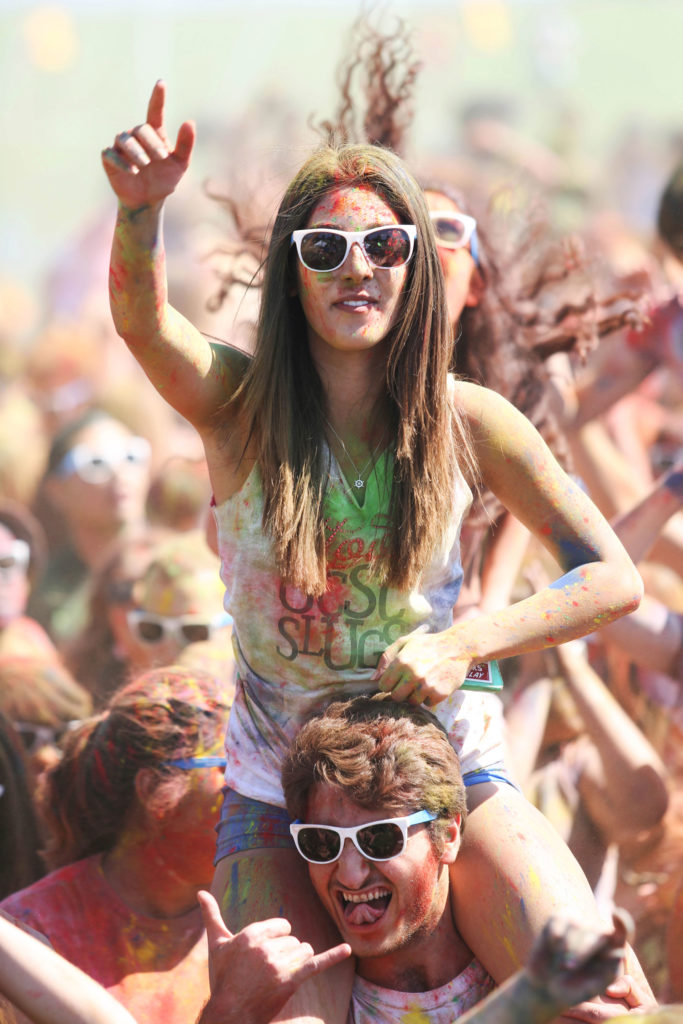 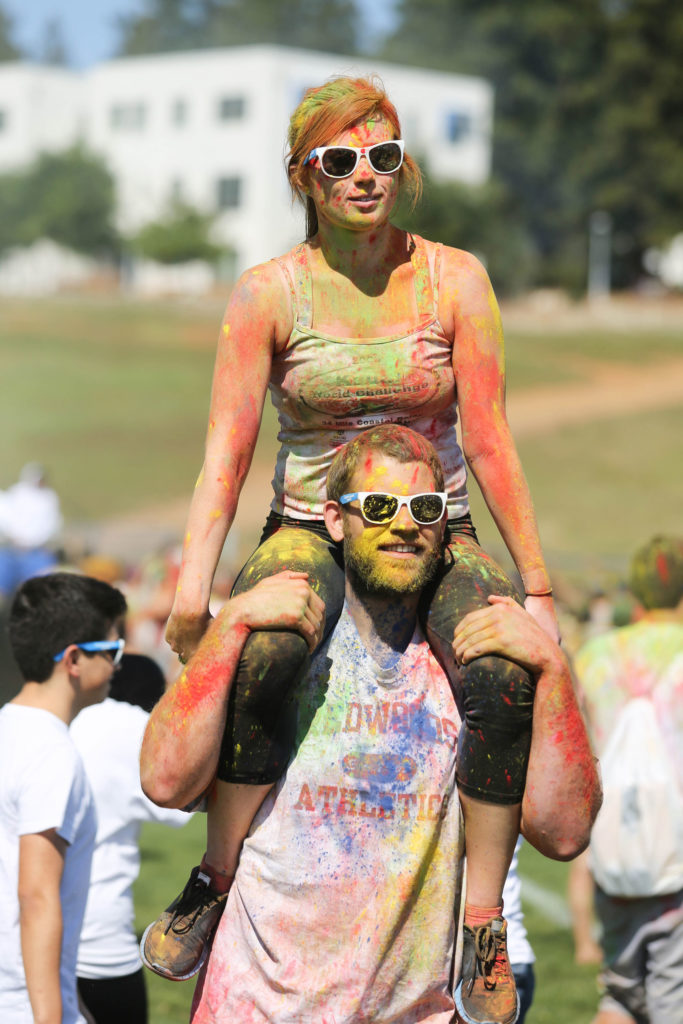 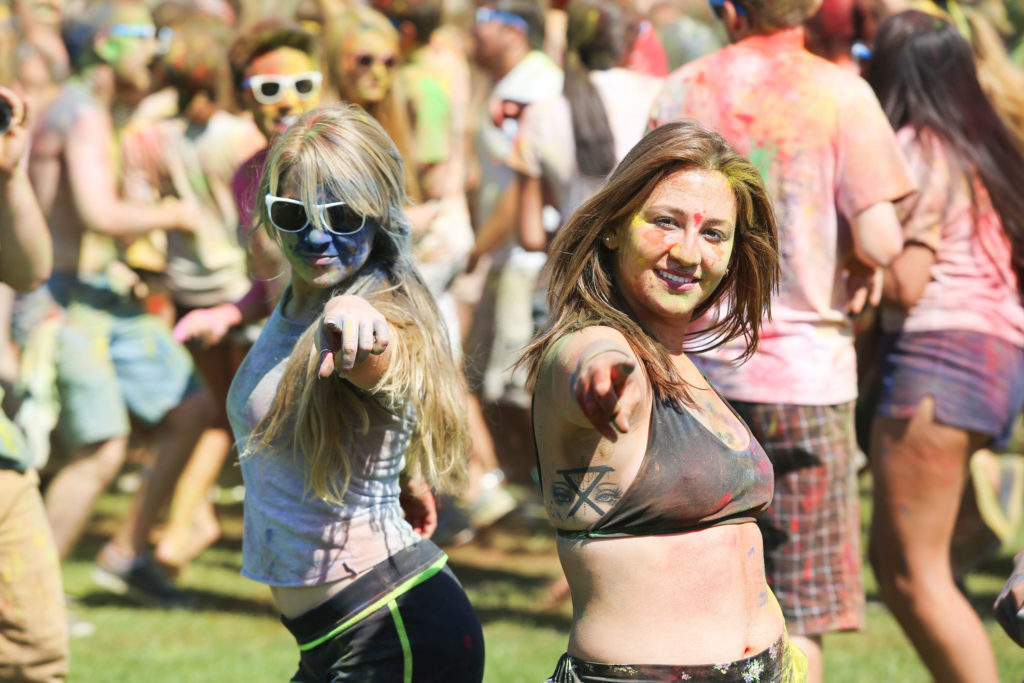 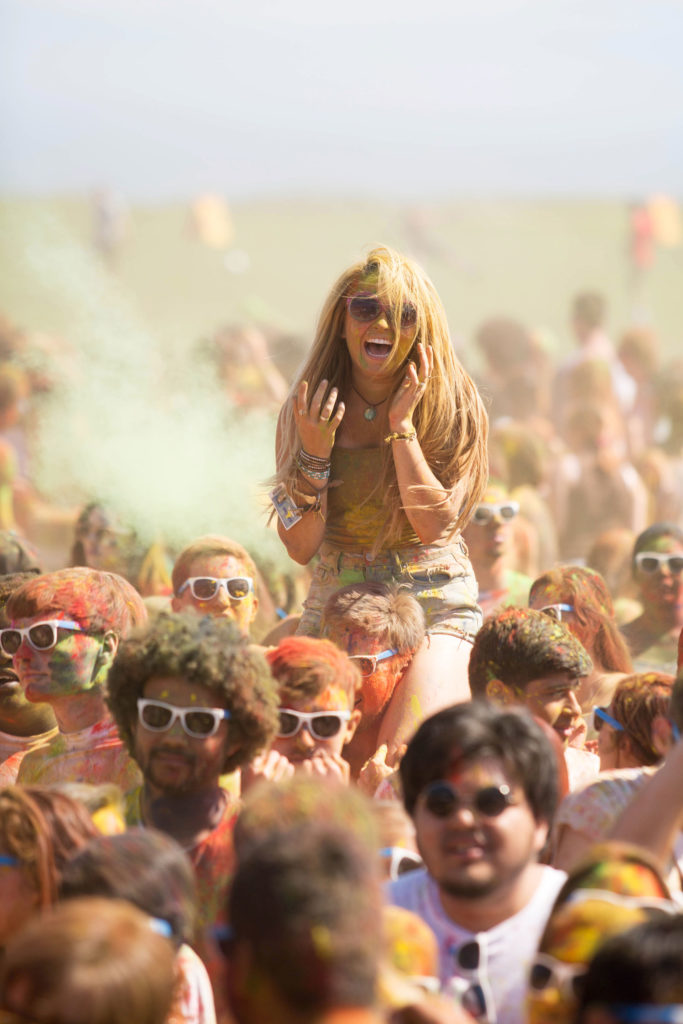 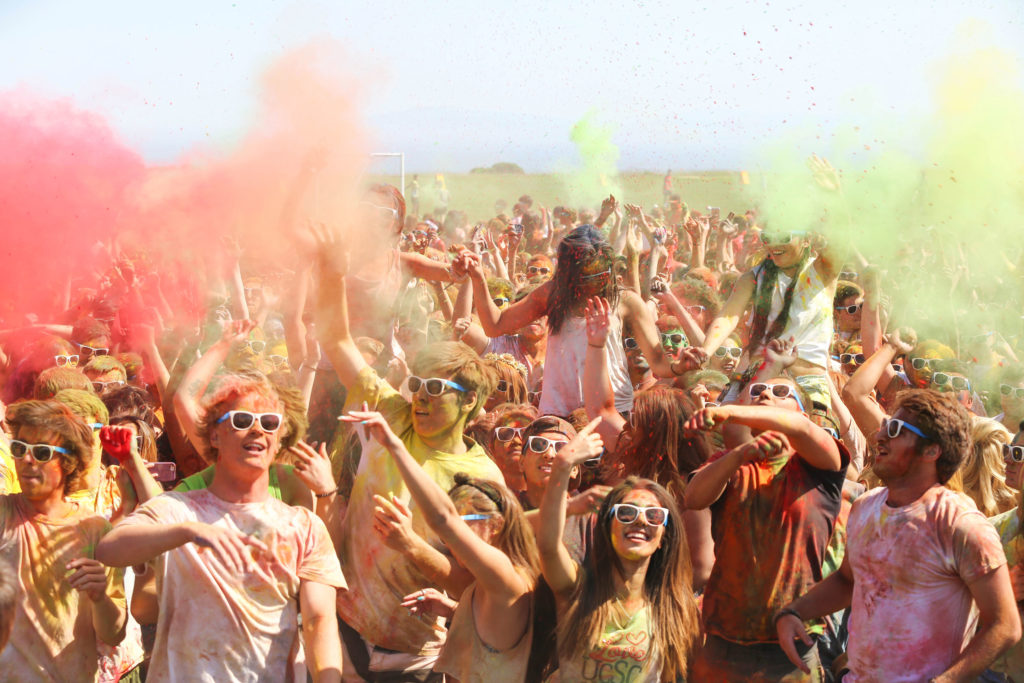 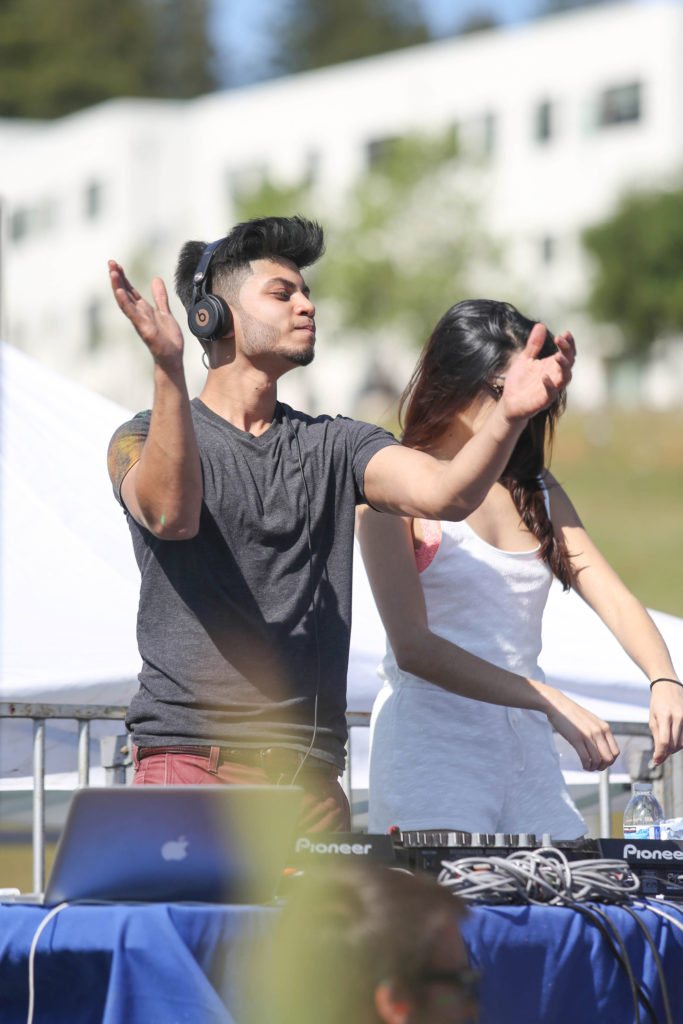 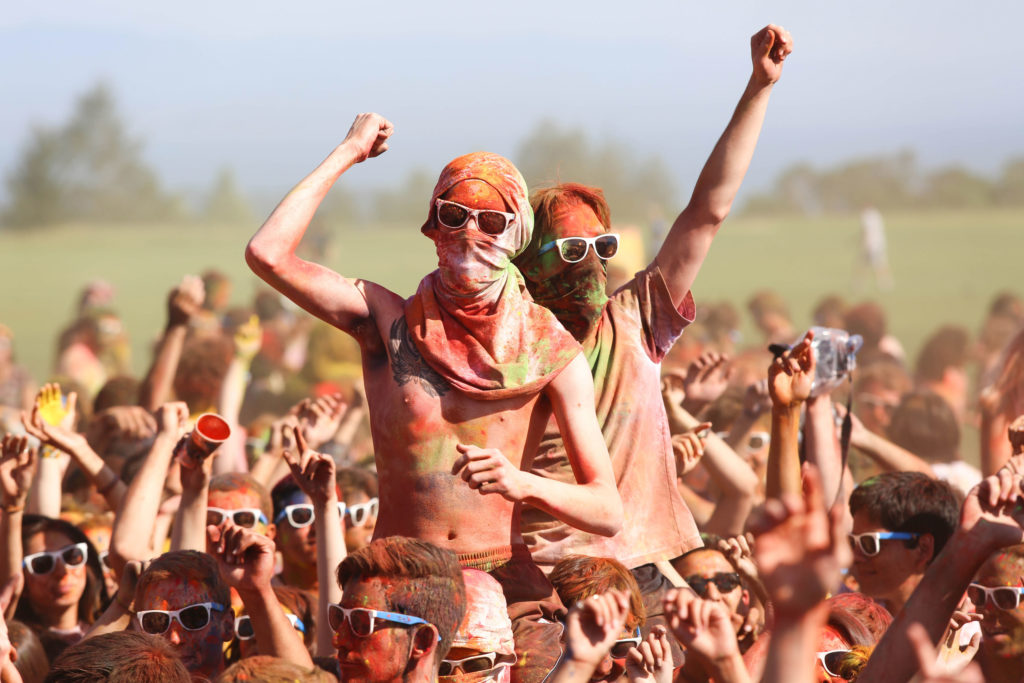 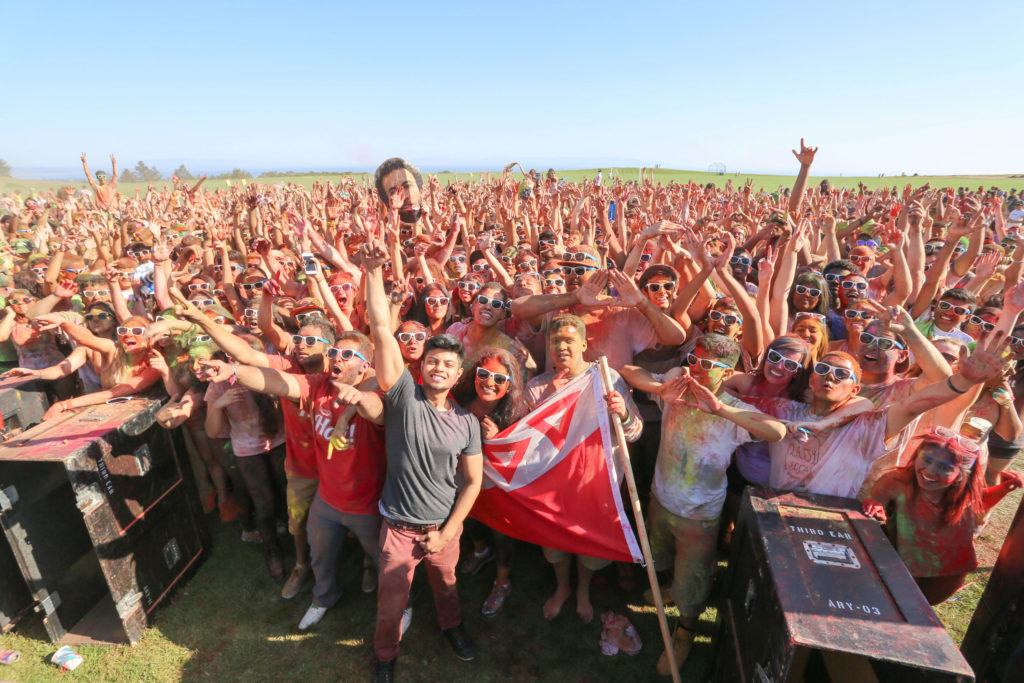 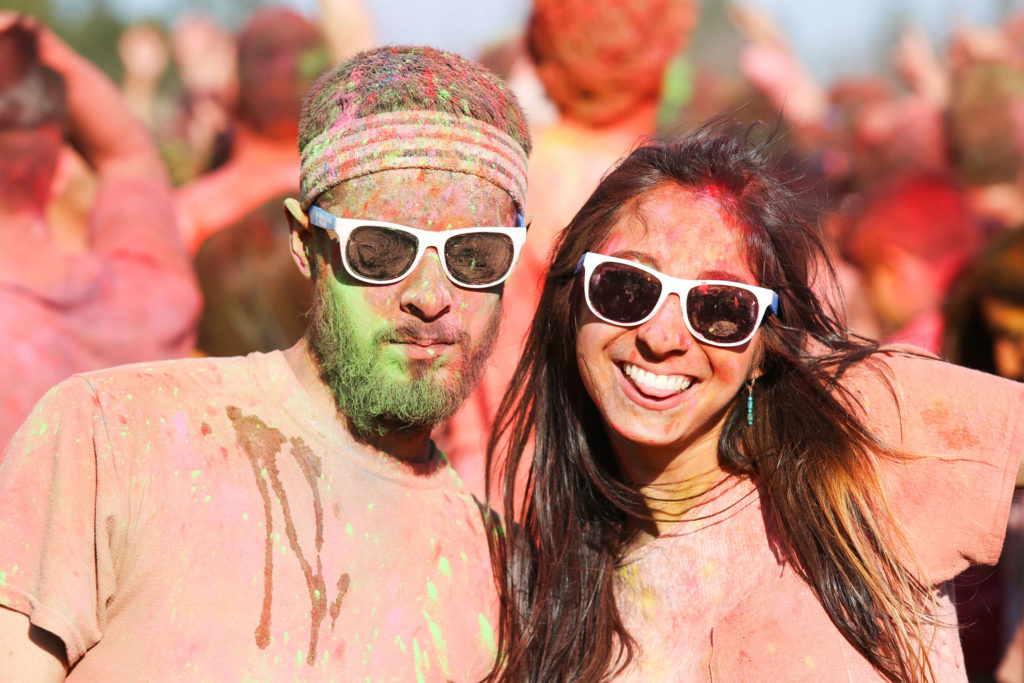 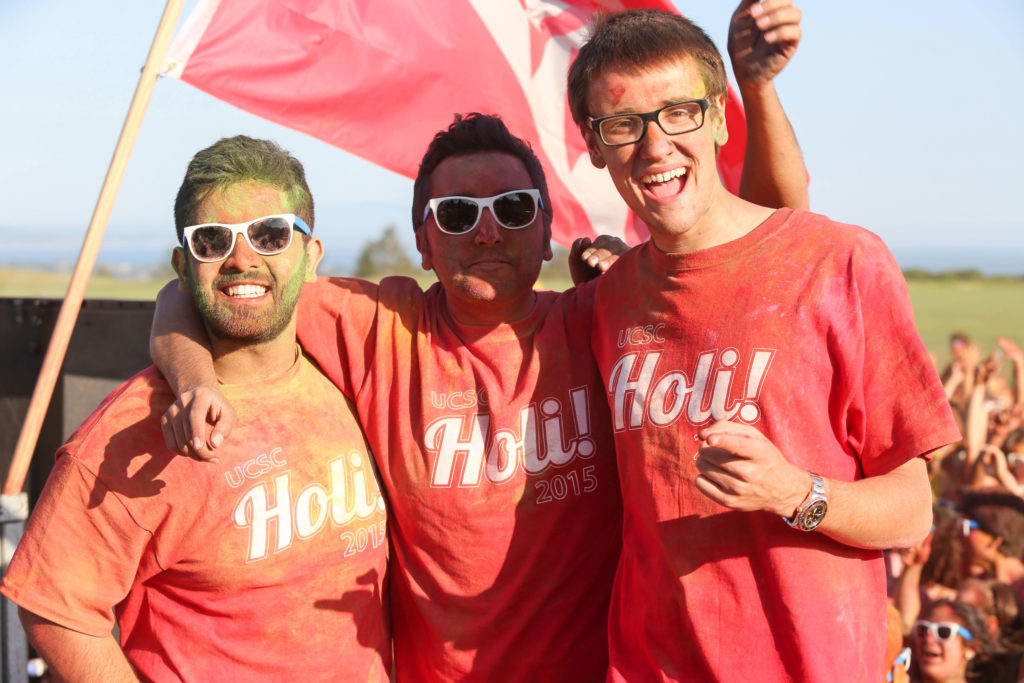 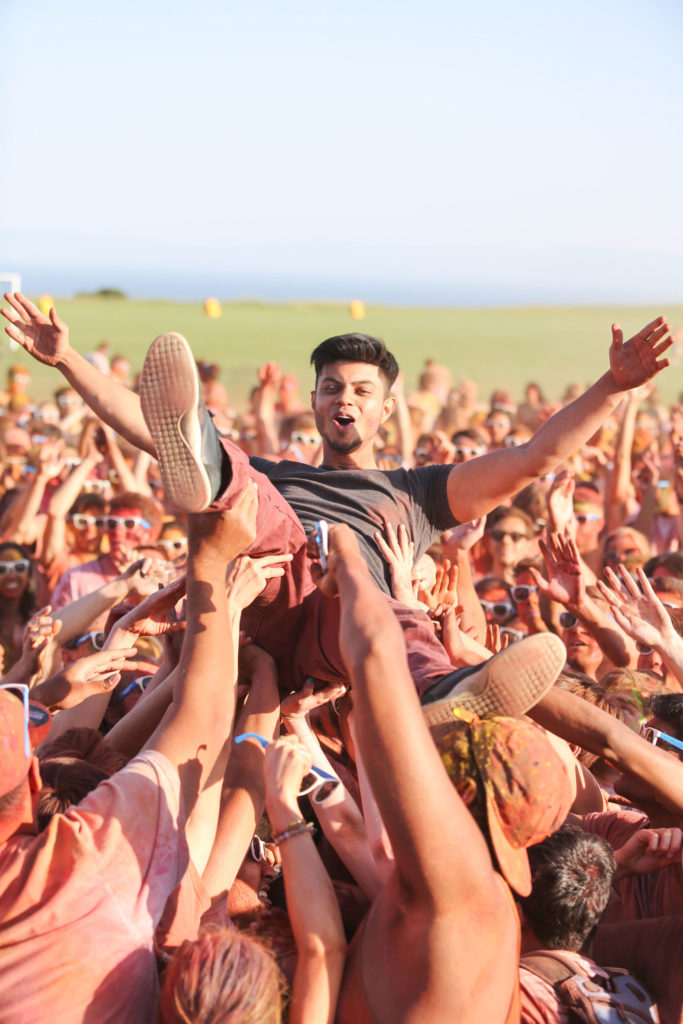 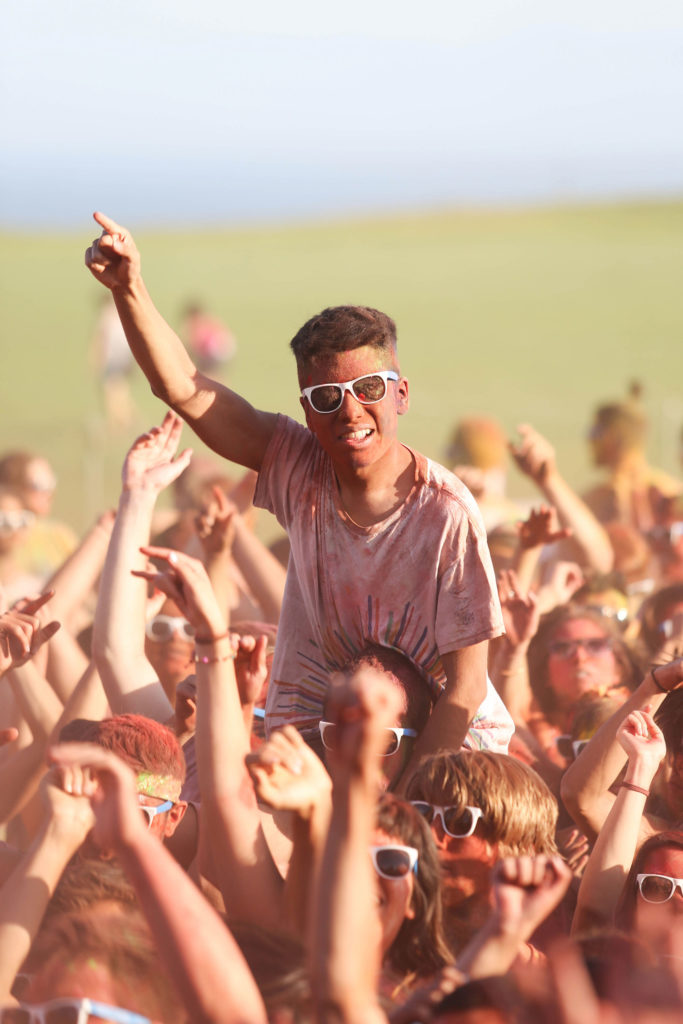 Holi is an annual celebration of love, renewed relationships and the triumph of good over evil. Although it is celebrated worldwide, it originated in India, Nepal and other predominantly Hindu regions where billions gather to celebrate the ancient festival.

As students flooded the Upper East Field, they were handed sunglasses and directed to scoop handfuls of brightly colored cornstarch powder, known as Gulal, out of large bins. Students screamed and laughed as they threw and blew kisses with the colors.

“Last year was a trial run to see how it went. UC Berkeley has one and Stanford has one, so why not have one in Santa Cruz?” said student organizer Dhananjai Shastri. “We don’t have a lot of events on campus. We thought it was a fun event and it was really successful.”

Almost three times as many students attended the free festival as last year. The festival was organized to celebrate the holiday and raise money and awareness for the Indian charity Jaipur Foot, which helps provide prosthetic limbs to people who are disabled.

“Prosthetic limbs are something people need, [the organization] doesn’t get massive publicity,” Shastri said. “We wanted to pick something that is really small that can use the money, that can go a long way.”

In 2014, Holi raised over $1,400 for Jaipur Foot. Although the organizers have yet to come up with a final number for this year, with the increased turnout they expect it’s well over last year’s amount.

Like last year, the event was held on the Upper East Field, which opened last week after a seven-month closure for maintenance.

“The impact to the field was minimal, and after [the] rain most of the color should be gone,” said Todd Hammonds, the associate director of facilities and operations for the Office of Physical Education, Recreation and Sports (OPERS). “The festival was permitted as an Upper East Field grand opening for all students to use the field after not having access to it all winter.”

One student was arrested for disorderly conduct during the event. The student was having trouble walking and standing on her own and someone told an officer out of concern for her safety, said UCSC police Chief Nader Oweis.

“She actually left the festival, someone came up and alerted us that she was swaggering and having difficulty walking,” Oweis said. “She was then evaluated and determined to be under the influence of alcohol and was arrested for being drunk in public.”

Although student organizers said there would be medics and security on hand, Oweis said there was one permanent police officer and one or two other officers who periodically stopped by the festival. According to the UCSC Major Events Policy, all events exceeding 100 individuals require the involvement of more than one campus administrative unit.

Other concerns about the festival were also raised by students who viewed it as cultural appropriation. Student organizer Manik Sachdeva expressed concern that students didn’t realize Holi is a cultural event. He wishes students realized and understood its cultural significance to “raise awareness about Indian culture.”

“I really hope people see it as an event that unifies all of campus — that’s the basic definition of Holi, unifying everybody regardless of race and color,” Sachdeva said.

While many students enjoyed the colors and music of the festival, others questioned the portrayal of Holi’s cultural significance.

“It’s important for students to not get caught up in all these fads and to really try to be conscious of what our actions mean,” said UCSC student Shauna Badeker. “Exploiting cultures to have a good time or to get a cool picture is problematic on many levels.”

Co-Editor-in-Chief at City on a Hill Press. Harsh critic of popchips, slow wifi and people who put clothes on dogs.