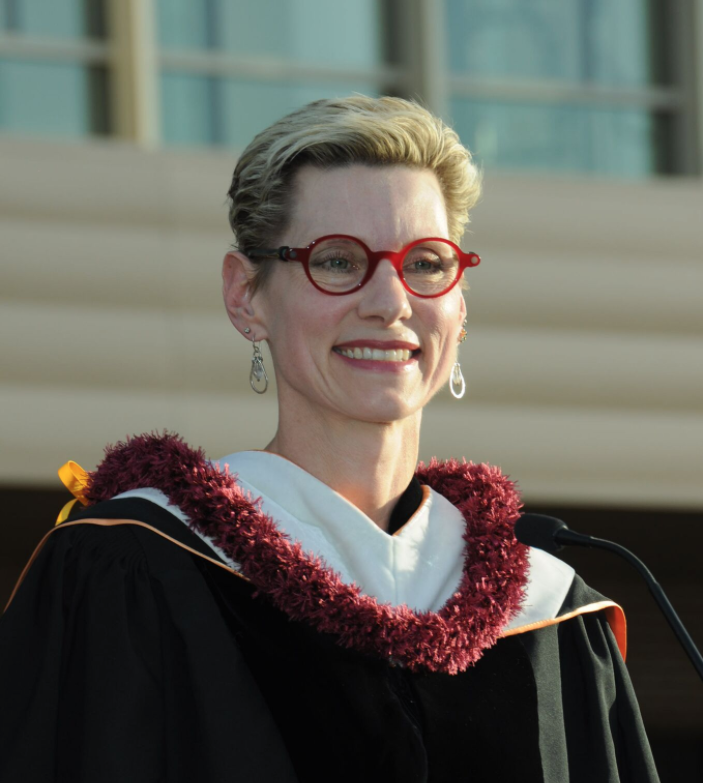 City on a Hill Press (CHP) spoke with Marlene Tromp, the new campus provost and executive vice chancellor (CP/EVC) at UC Santa Cruz. Previously, Tromp worked as a dean at Arizona State University [ASU] and a professor of both women’s studies and English at

CHP: As the new EVC at UCSC, how do you plan to learn more about what issues are directly affecting students?

Tromp: I met with a group of student leaders when I came to interview. It was a really important meeting for me because I wanted to hear what the student perspective was, about the experience at UCSC, about what they were getting from their experience. One thing that I will do when I arrive is make a point of meeting with student groups.

CHP: You mentioned that your expertise is in sexual violence. Do you have any ideas in particular that you’re going to work on with Title IX — what are you planning on it looking like?

CHP: Do you have other specific goals relating to UCSC?

Tromp: One thing I have thought about is that UCSC has one of the most impressive faculties in the world, and I think that there are not enough people who know that. Students are getting taught by people who are just at the cutting edge of knowledge generation. They are not people who are looking at what’s being produced out there in the world — they are people that are thinking the big, new ideas and coming up with the big, new theories and advancing knowledge in all these exciting ways.

Co-Editor-in-Chief at City on a Hill Press. Harsh critic of popchips, slow wifi and people who put clothes on dogs.