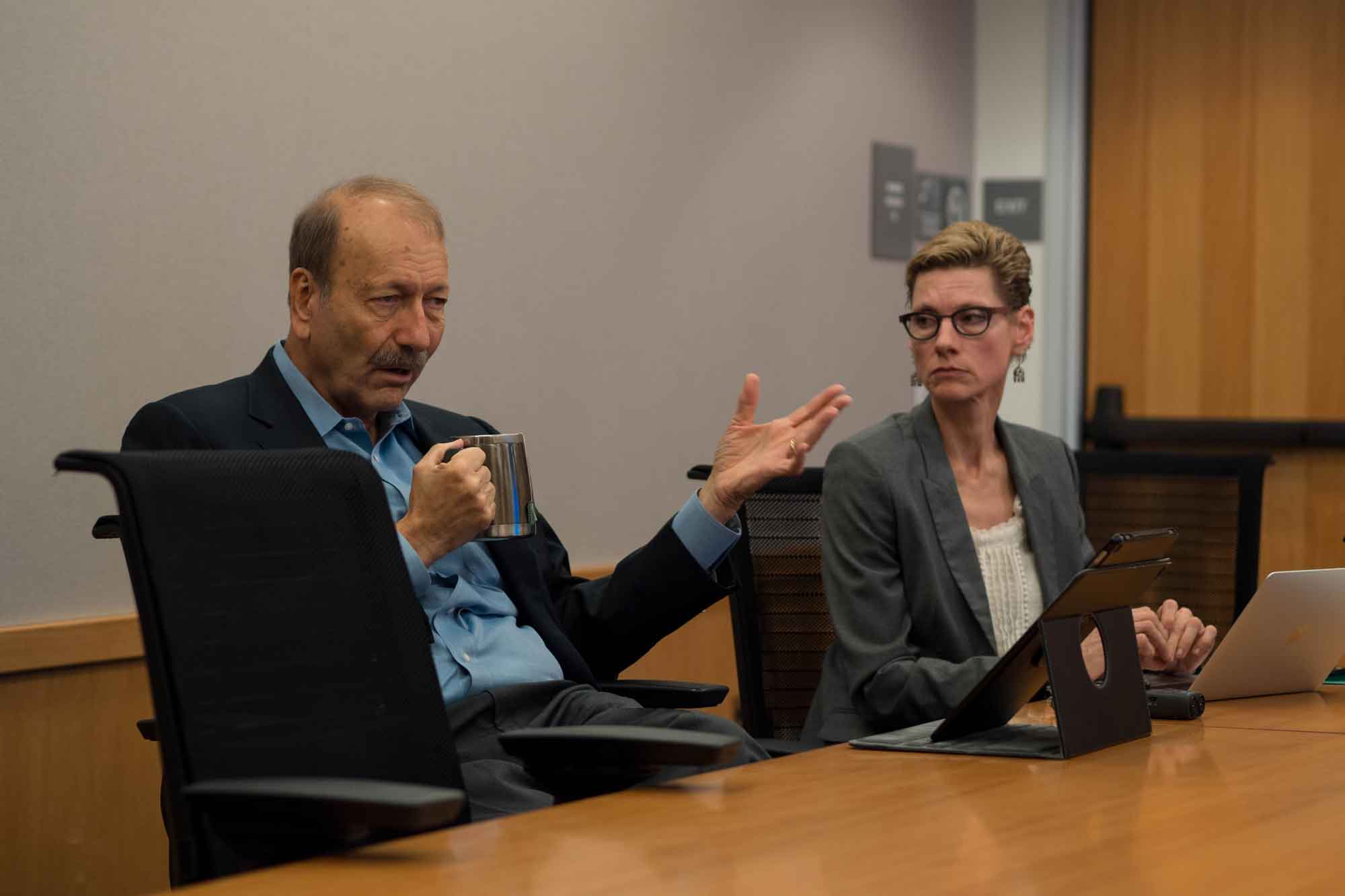 City on a Hill Press: What is your stance on student measure fees and the governance of student money? How would you justify student fees being used to cover budget shortfalls outside of the departments or groups they were originally passed by the student body for?

Tromp: “So we can’t reappropriate those dollars […] We’ve been institutionally a really, really thoughtful and creative institution about how to manage budget challenges. And as you all know, because this impact has fallen largely on students […] this isn’t just the state of California, this is nationally, states across the country have reduced their investment in higher ed. There are many state constitutions that say something like, ‘Higher education at a public university should be as close to free as possible.’ But that’s not what people are experiencing anymore, or students and their families and their supporters. As that investment has decreased, that burden has increased on the institution and on the students and their families.”

CHP: In your “Welcome to the Start of the New School Year” email this September, you explained that freedom of speech is a fundamental right in America and that it allows people to express opinions no matter how unpopular. However, in your May 30 email following the demonstrations by the Afrikan/Black Student Alliance [now the Black Student Union] last spring, you explained you don’t support actions that disrupt normal working environments. So how do you justify speech that may be considered “unpopular” and where do you draw the line between speech that is unpopular and hate speech?

Blumenthal: “To me the First Amendment means that everyone has the freedom on campus to express their views, to give speeches and to do it in a way that expresses their opinions. Now [are] there limitations on free speech? The answer is yes, of course you know that there are limitations […] The difficult questions about free speech come concerning the content of the speech. So there are a lot of people today who would argue […] that hate speech, speech that expresses bias, speech that expresses disregard for certain groups should be not free speech and therein lies an interesting debate and an interesting question because [according to] the traditional view of free speech, and certainly it is my view, […] even unpopular or even positions that I find horrible […] may constitute free speech.”

CHP: So would you say though that there is a line the administration would draw between unpopular speech and hate speech. Is there a point where intervention does need to occur?

Blumenthal: “Probably the answer is yes. […] It’s one thing to say, ‘I don’t like a certain group,’say, racial group. To me that’s hate speech but it isn’t necessarily speech that we can stop on campus. On the other hand, if somebody were to say, ‘I don’t like a specific group and therefore everyone should go out and make sure that we hassle every member of that group,’ I would regard that as a call to action and therefore something that would cross the line in terms of what would be acceptable.”

CHP: Despite having passed the Measure 68 referendum last spring, the funding for specific UCSC athletic teams has not increased. The track and field team, for example, does not have enough money to fund an entire track season. Why are athletics still struggling financially after the passage of Measure 68? And what measures will the administration take to support athletics going forward, given the passage of Measure 68?

Tromp: “There were different dollar amounts [for a measure]over time that didn’t pass first, that were higher dollar amounts. And then it ultimately passed at a much lower point. And so by the time it reached that lower point, there was a real effort to communicate that it wasn’t going to solve all the fiscal issues. It was just, ‘What is the student tolerance level for what they’re willing to invest in athletics?’ But I think there’s a way in which sometimes [with] the simple check box on the ballot, people think, ‘Well, now the problem is solved.’ And with that higher price point, we probably could have done more support for the programs. […] Of course that’s the student’s right to say, ‘No we don’t want to commit that much funding.'”

Blumenthal: “I think what was passed is enough to keep athletics going. It’s required us to develop a new model for athletics. It isn’t a rich model but it is a model that is sustainable, we believe. I can’t speak to specifics of the team right now, I don’t know the detailed numbers of this year. My impression has been that this is now a sustainable model that at least in principle should be allowing teams to complete all of their seasons. It could be that there are some hiccups in the beginning because we’ve also gone over to a very new model of how we hire coaches. We’ve adopted a number of new practices which are practices within the NCAA. For example, by hiring head coaches as full-time coaches for the teams. This has been a major transition that we’ve undergone just over the last few months. It doesn’t surprise me that there are some hiccups in this but I also believe that the numbers do come out in such a way that it is self-sustaining.”