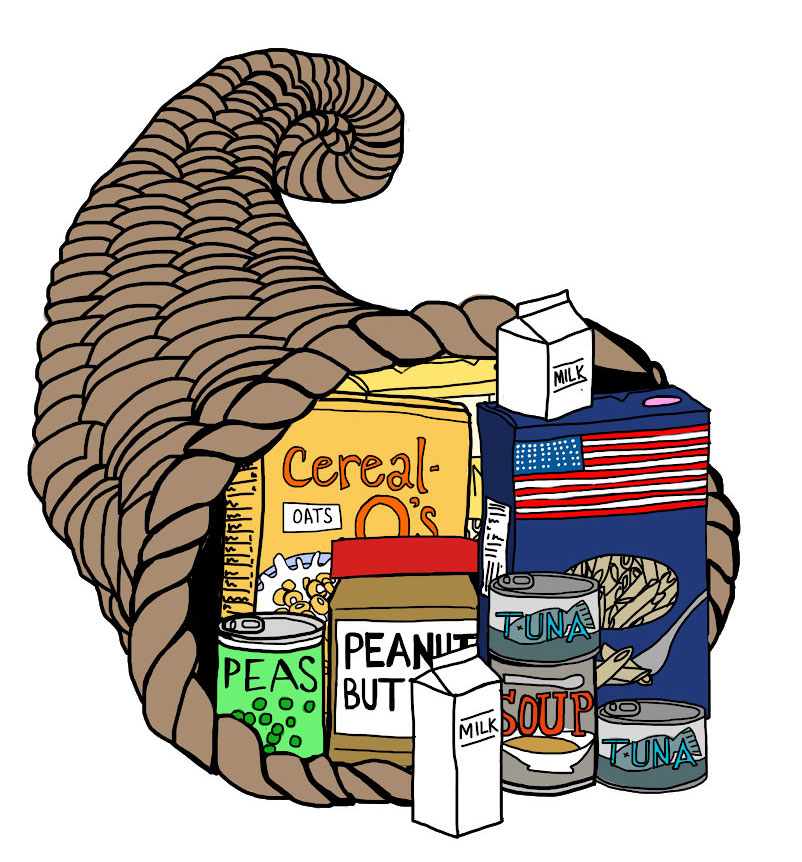 SNAP Out of It

Congress is turning 46 million people away from access to healthy food while they sit on their privileged pedestal in D.C. debating legislation that perpetuates stigma around food insecurity.

The Trump administration’s projected 2019 fiscal budget proposes a 30 percent funding rollback for the Supplemental Nutrition Assistance Program (SNAP) over the next 10 years, threatening the food security of 1 in 7 Americans.

SNAP, known as food stamps before 2008, supports Americans at or below 130 percent of the federal poverty level by giving them a monthly allowance to autonomously buy fresh groceries. SNAP recipients are overwhelmingly minors, single parents, differently-abled people, people over 60 and students who receive financial aid. In Santa Cruz County, 26,010 residents are SNAP recipients.
The average SNAP recipient receives $126.39 per month, and a household typically receives $256.11. This costs the government less than 2 percent of the $4 trillion annual budget.

This impactful rollback of SNAP would be paired with stricter requirements to qualify for the program including age for eligibility and work requirement, potentially dismissing 4 million people from SNAP benefits.

The most shocking change to SNAP is half of the monthly allowance provided to recipients would come in preselected and prepackaged “Harvest Boxes.” The administration argues these boxes would consist of “100 percent U.S. grown and produced” canned and dry foods. They are actually an inadequate excuse for nutritional substitutes.

Peanut butter, powdered milk, pasta and cereal are not substantive foods to feed a family, and it is counterproductive to introduce these not-so-harvested boxes when SNAP recipients have the freedom to choose fresh foods currently. Children need access to fresh milk, meat, fruits and vegetables to grow and thrive — they cannot be sustained on canned fruits and cereal.

Harvest boxes assume all families have the same dietary needs, ignoring individual food allergies and disrespecting people’s food preferences. Not to mention the 1 in 10 SNAP recipients who are houseless and can neither store harvest boxes nor provide a shipping address for delivery.

Impoverished American communities already have the highest rates of diabetes and obesity, not from insufficient funds, but lack of access to stores that sell fresh foods, also known as “food deserts,” according to the American Diabetes Association. Stripping SNAP recipients’ financial access to fresh food while supplementing unhealthy boxed foods will only accelerate the soaring obesity and diabetes rates in food-insecure American communities.

As the end of the month approaches, SNAP beneficiaries are more likely to experience food insecurity while waiting to receive their benefits on the first of the month. In California, there is a spike of low-income people admitted to hospitals for low blood sugar in the last week of the month, a correlation not seen in high- earning people, according to a 2014 study published by the National Institutes of Health.

The president claims SNAP to be “wasteful spending,” but there is nothing wasteful about SNAP recipients spending less on health care, taking fewer sick days and reporting less food insecurity. SNAP-supported children are more likely to graduate from high school than food- insecure children, meaning they are more likely to have healthier and economically sufficient lives.

Trump plans to refocus the 2019 fiscal budget “on what matters most — protecting the Nation.” Overall reallocation of funds will be directed to building the ever-promised wall on the U.S.–Mexico border. This wall not only represents racism toward non-white immigrants, but represents Trump’s inability to relate his 10-figure bank account to a family of three supported by $26,600 a year, the maximum salary supported by SNAP.

Congress must not pass this proposed budget plan that would not only damage food security in America, but reinforce stigma and increase chronic poor health.