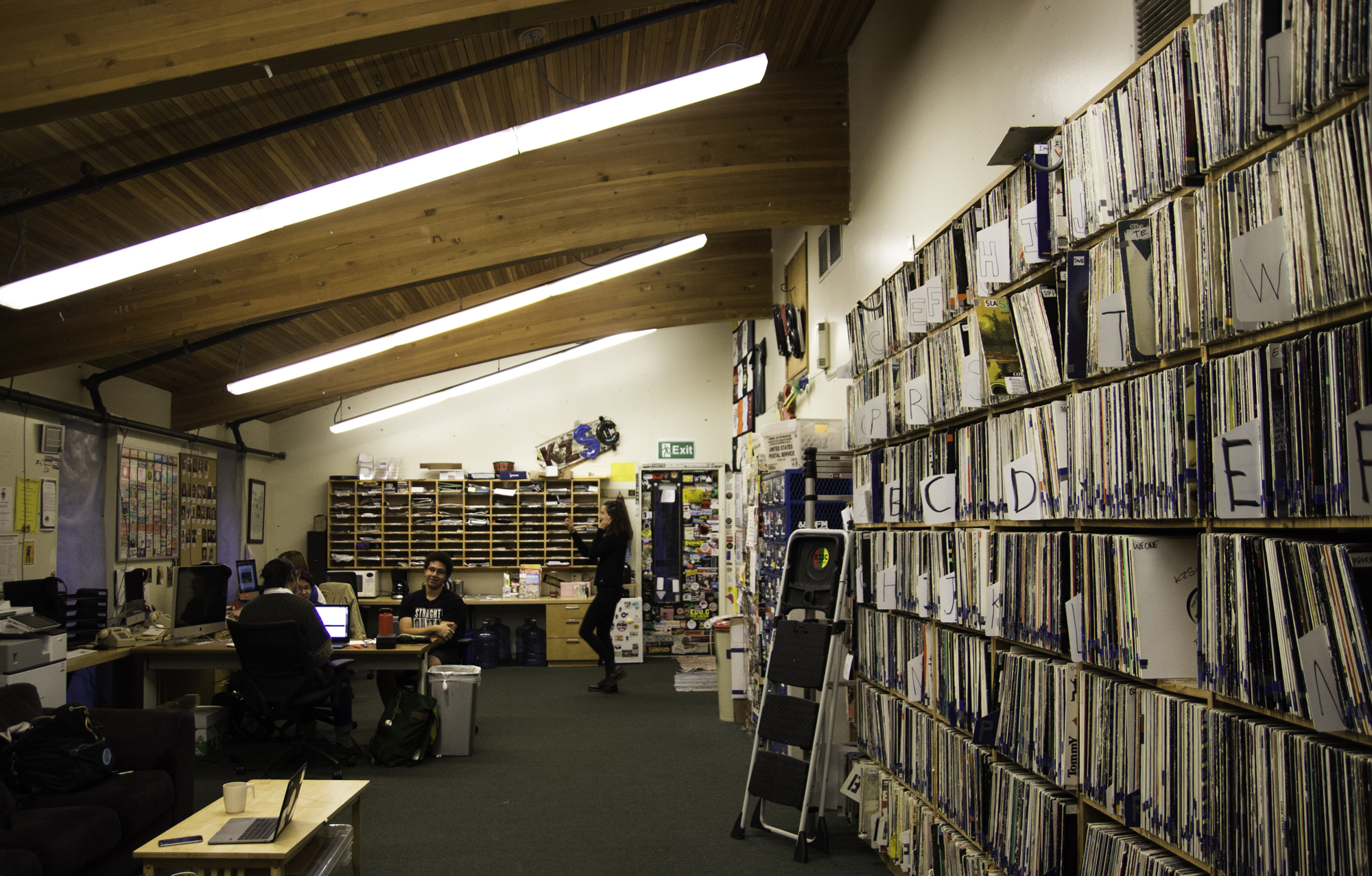 “I have to show this. I need the masses to hear this,” he said, recalling his gut reaction to share the music that brought him to KZSC.

Dr. G is not alone. The call to the airwaves has drawn students and locals alike to KZSC, UC Santa Cruz’s student-run, non-commercial and underground radio station, since the 60s.

On April 28, KZSC celebrated its 50th anniversary with an event in the Quarry Amphitheater featuring alumni speakers and live DJs. Alumni speakers recounted their time at KZSC, their reasons for going into radio, stories about the station and gave advice for future career directions of current members.

“You guys have built something in the subsequent decades that is really remarkable and enduring, and is going to be here for as long as we can see in the future,” said Rick Laubscher, UCSC alumnus and one of the original three founders of the station. “From this funny little scrappy start, we got going.”

The station’s birthday was also the first large-scale reunion of KZSC staff since the station began in 1967. Event coordinators created KZSC’s first alumni network to invite founders and current staff members to the celebration. The network will also serve to help connect current and future members to media and radio as they continue their careers after graduation, said station manager and third-year Morgan Corona.

Corona felt the process of rediscovering the station’s past by sifting through old documents and reaching out through social media resembled constructing history.

“Going through all the information, and pictures, and program schedules — we have a box of old station grievances — stuff like that that’s kind of archival,” Corona said. “We haven’t had any of that in the same place before.”

To say KZSC came from humble beginnings is an understatement. The station, initially called KRUZ, broadcasted from the basement of Stevenson College’s House 2. The founders stapled egg cartons to the walls of the studio as soundproofing and hoisted a garbage can on a pole atop House 4 as an antenna, contrary to apprehensive warnings from the administration. The signal reached as far as House 7, maybe the length of a city block.

All of their equipment was donated, including their only record from a label, “Incense and Peppermint” by the Strawberry Alarm Clock, which was sent to them by Radio Moscow. KRUZ broadcasted its podcasts, local news, and what music it could until the FCC knocked on Rick Laubscher’s dorm room with a warrant to cease and desist until it was licensed. After that, the founders obtained the licenses to make KRUZ an official radio station.

“The first time I heard that slogan ‘move fast and break rules’, I thought ‘Hey, that’s what we did,’” founder Rick Laubscher said in his recollection of the early days of KRUZ.

The station slowly grew in listenership and size, changing from the localized KRUZ signal to KZSC FM, broadcasting at 10 watts by 1974 and moving to Crown College in 1980. Today, the station broadcasts at 20,000 watts and can be heard throughout Santa Cruz, San Benito and Monterey counties.

The station’s shows also diversified as it picked up traction, bringing radical student voices and perspectives to the airwaves. The volunteers relished the opportunity to put their thoughts and ideas out into the world.

“One of the things that makes me think this is one of the greatest radio stations around is that it gives everybody a chance to be on the radio, and to do what they do,” said John Sandidge, the manager who helped move the station up to Crown College in 1980.

One such unique voice at KZSC was Porter College alumna Emily Haozous, of the Turtle Island Native American Collective program. The Turtle Island show continues today and plays music and relays information about the native community from lived experiences, submissions from listeners and tribal newspapers.

“What was really important was we maintained an indigenous presence on the radio to let people know that this is native land, that we are here on this campus, in this community,” said Haozous in her speech at the event. “We’re not just historical. We are here in present tense.”

As the station’s coverage continues to grow — it currently features over 70 programs — so does its need for additional space and equipment.

KZSC had been hoping to move into a new space near the Quarry Amphitheater, in order to accommodate its growing staff and comfortably host live bands and events. The current radio building is seismically unfit, meaning the six tons of vinyl stacked wall-to-wall would not survive another large earthquake, said broadcast adviser Keith Rozendal.

The move was scheduled to occur this year, but was pushed back indefinitely by the administration. However, old building or new, the station looks forward to another 50 years of its signature countercultural broadcast.