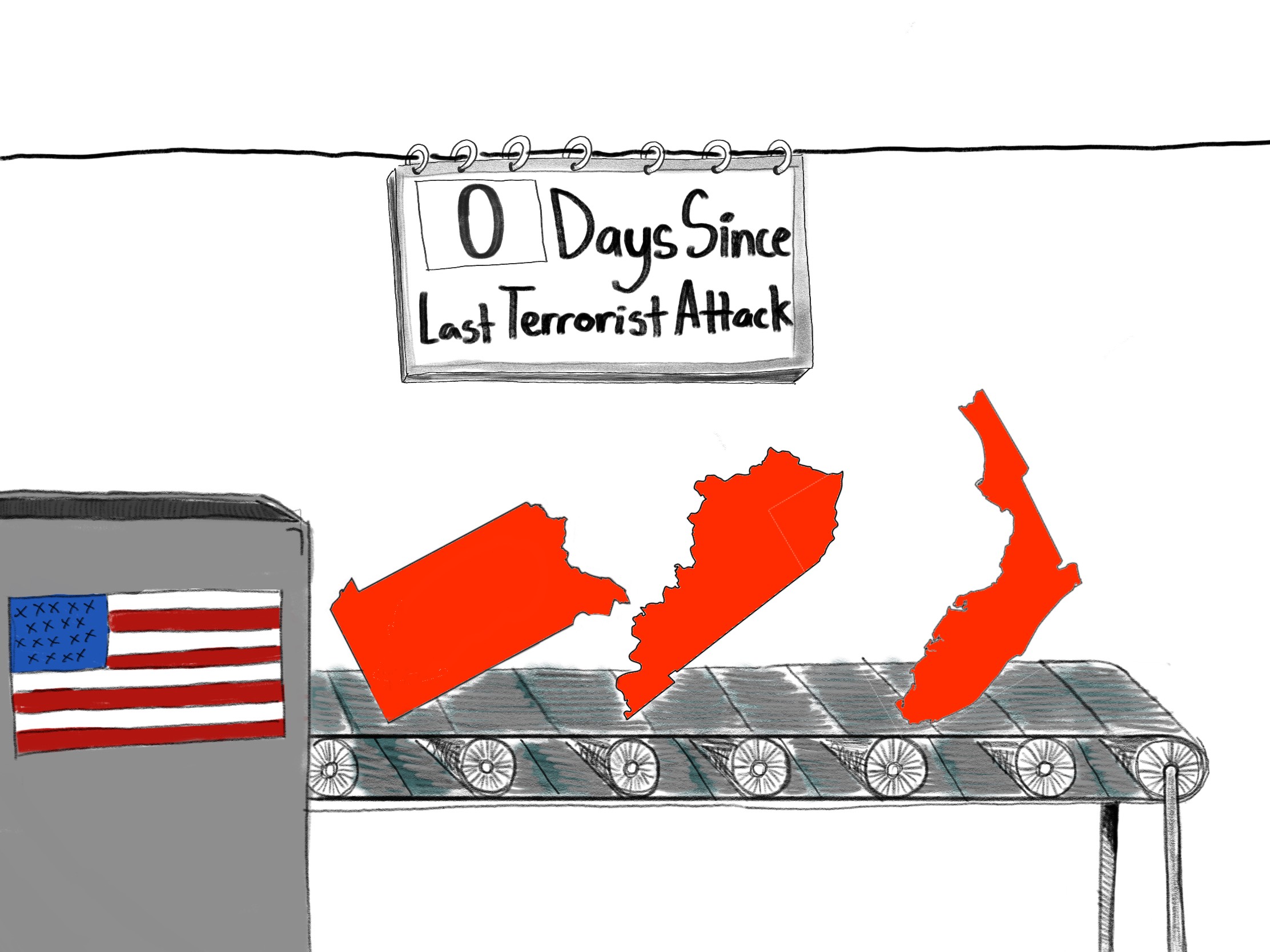 White Supremacy Must be Condemned

We need to rebrand what a terrorist looks like.

Because right now, when someone mentions the word “terrorist,” the image that comes to people’s minds sure as hell isn’t a white man emboldened by the president of the U.S. to commit homicide.

About 3,517 people of color were reported to be victims of racial-based hate crime in the U.S. in 2016 alone. How many more times do we have to hear about another act of white terrorism in the world before doing something?

In the last week, there were three attacks fueled by white supremacist ideologies. They are the latest in a long list of what feel like near-daily attacks since Trump announced he was running for president. As the list grows, Americans unfortunately may not feel shocked anymore, but we do  feel tired.

On Oct. 24, two Black individuals — Maurice Stallard, 69, and Vickie Jones, 67 — were killed in Kentucky after a white man tried to forcibly enter a predominantly Black church, failed and opened fire in a nearby Kroger instead. This was clearly a racially motivated murder.

According to the Courier Journal, the shooter walked by a resident defensively clutching their revolver in the Kroger parking lot and the shooter said, “Don’t shoot me. I won’t shoot you. Whites don’t shoot whites.”

An ardent Trump supporter and white nationalist from Florida mailed bombs to more than a dozen of the president’s outspoken critics on Oct. 26, resulting in his arrest. Signs of the hateful beliefs he held covered his social media accounts, yet none of the platforms seemed to take them seriously until after he acted  on  them.

Complacency for racist comments cannot be accepted any longer — it’s proving to be deadly.

In Pennsylvania on Oct. 27, an anti-Semitic white nationalist stormed a peaceful synagogue and opened fire, killing 11 worshipers. This is the deadliest anti-Semitic attack in U.S. history. The suspect in this shooting held anti-Semitic and white supremacist views, saying, “I can’t sit by and watch my people  get  slaughtered.”

Where his people are getting slaughtered is still a mystery.

These racist acts aren’t just happening across the country. UC Santa Cruz students started noticing flyers and graffiti exuding white supremacist messages from racist organizations in 2016. The most recent wave arrived this October. Flyers also appeared in San Jose, Campbell and Saratoga. Those putting the signs up know they are in a progressive area and want to damage others. It doesn’t matter if they truly align themselves with white nationalists or are simply being trolls, they are making it seem perfectly ok to openly support racist ideals.

The UCSC Police Department was notified about these flyers showing up across campus. However, it could not legally condemn the actions because of the standing legal definition of hate crimes.

“Is it unsettling? Yes. Did people feel unsafe? Yes. Did it rise to the level of a crime? No,” said UCSC  Police  Chief  Nader Oweis.

The country needs to redefine what hate crimes are, and revise the First Amendment. We must fight for a constitutional convention or SCOTUS ruling to do so.

These messages found on campus are usually promoted by American Renaissance, a white supremacist organization, to push its repulsive agenda and make it palatable for people who remain neutral on political subjects. Neutrality is impossible.

The U.S.’s election of President Trump and his white nationalist, supremacist convictions are toxic, and demonstrate to the world racist thinking and  ideology  is  ok.

If you find out someone you know holds white nationalist beliefs, and you have the energy, get them to understand how harmful and incorrect those beliefs are. If that does not work, tell their employer. Show them their beliefs have  consequences.

Too many people’s lives have been taken in the name of white nationalism, and we should not wait for another life to be lost to start doing something.